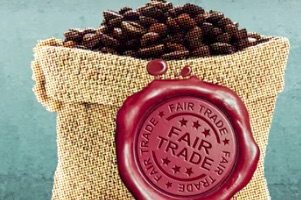 The Internet is buzzing about how blockchains can solve problems and disrupt multiple industries. But what is a blockchain and how can it benefit the merchants?

A blockchain is a "distributed ledger", that is, data spread over multiple computers, which can be used to record any transaction, such as a money transfer, a contract between two parts or an order. Several parties can update the data simultaneously without a central party controlling it. Each update is secure and reliable by encrypting the data and verifying each transaction against a set of predefined rules.

Each data record is called a "block" and a series of these blocks form a "string" – hence the name "blockchain". Each block consists of three elements: (a) an identification code, work "because it can only be created using a set of complex algorithms, (b) a pointer to the code from the previous block, and (c) transaction data.

Each block is time stamped and can not be edited, but is open to all members of the chain. New blocks can only be added to this string after being validated by complex algorithms.

Bitcoin, the cryptocurrency, uses blockchains. Blockchains are attractive, in part, because they allow secure transactions without the intervention of a third party intermediary. Transaction costs are therefore lower. Industries that have traditionally needed a third party, such as escrow for residential mortgage, can be disrupted by using blockchains.

Blockchain is a new technology, with new use cases appearing frequently. Here are 10 examples of how blockchains could benefit merchants.

Mobile payments. A disadvantage of mobile payments has been the security risk. Blockchain eliminates mobile payment fraud by recording all transactions in the distributed ledger and otherwise allowing peer-to-peer money transfers.

Supply chain. Blockchain can be used to trace the route of each product in the supply chain of the manufacturer, the distributor, and finally to the warehouse of a retailer. This helps track the product to avoid alterations or losses and also trigger alerts in case of any health problem, such as an E. coli breakout for food products.

Authenticity of products. As blockchain can capture every touch point in the life of a product, making it easier to determine if a product is genuine. This ability can be used for luxury goods and also for unique items, such as works of art, or time-sensitive objects, such as concert tickets.

Smart contracts. Retailers who sell to other companies regularly create contracts. Blockchain can implement several types of contracts to use for many customers.

Intellectual protection. Web sites and mobile apps often use original content that must be secure. This content may be recorded on blockchain, providing immutable proof of ownership of that content. This use case is already used in the music industry to track royalties.

Identity Management. Theft of identity can be eliminated by using blockchain. The technology assigns a unique code to a person and this code can be used to verify the identity. Financial services organizations are already using this capability.

Crowdfunding. Crowdfunding is popular among merchants and inventors to raise money. Blockchain facilitated fundraising through cryptocurrencies.

Advertising. Retailers can offer a few bitcoins (or any other cryptocurrency) to consumers who click on an ad or watch an advertised video for a few seconds, making it easier for advertisers to get clicks and more consumers. 39, find out more about the products displayed. This helps the advertiser and the consumer.

Markets. The market places take a cut of each transaction. An example is the Apple App Store, which receives a portion of each app purchased. Blockchain can eliminate these thirds by building a market that supports peer-to-peer sharing.

Do you have experiences with blockchain? Please share in the comments, below.

How to plan the death of a business owner
SEO: No, Google does not support new JavaScript
Are conferences worthwhile?
Advertisements