A new technique brings out the secrets of old daguerreotypes 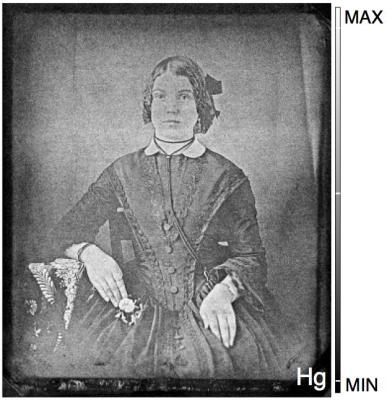 Daguerreotypes – photos made with a process using mercury vapor on a silver plate sensitized to iodine – decompose quite easily. The result is a misty plate that, most often, is completely ruined by weather and abuse. However, researchers at Western University have created a system that uses synchrotrons and "fast scan X-ray fluorescence imaging" to scan the plates for eight hours. The system took a 10 × 10 micron x-ray thickness to "the most sensitive energy to mercury absorption". This showed researchers where mercury was

Kozachuk used r to analyze the plates, which are about 7.5 cm wide, and identified where the mercury was distributed on the plates. With an X-ray beam as small as 10 × 10 microns (a human scalp hair averages 75 microns) and at an energy more sensitive to mercury absorption, scanning each daguerreotype took about eight hours. The team published its findings in scientific reports.

"It's a bit haunting because they are anonymous and yet it's striking at the same time," said Madalena Kozachuk, a PhD student in the Western Department of Chemistry. "The picture is totally unexpected because you do not see it at all, it's hidden behind time, but then we see it and we can see such small details: the eyes, the folds of the Clothing, detailed embroidered patterns of the tablecloth. "

The technology promises to improve the methods of conservation of old photographs and should bring back to life many daguerreotypes previously unusable.

See also  Review: The Kube speaker is overpriced and disappointing