A tale of two bitcoins: where Bitcoin, Bitcoin Cash are headed 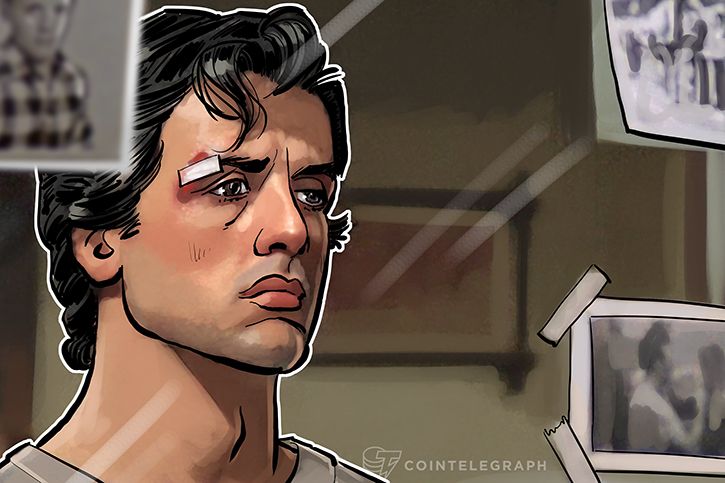 This is a tale of two bitcoins. After a fork in August that created Bitcoin (BTC) and Bitcoin Cash (BCH), we reached another crossroads. While another hardfork was planned around mid-November to boost the size of the Bitcoin blocks, this fork is now dead in the water. The lack of consensus among the Bitcoin community has been cited as the reason for the abandonment of the so-called SegWit2x plan.

Abandoning the fork raised the Bitcoin price from $ 7,200 to $ 7,800 as traders realized their worst fears) would be avoided. However, the excitation did not last. Bitcoin is currently trading at around $ 6,000 at the time of publication, as traders and investors worry that SegWit alone will not create enough capacity to evolve. Indeed, at the time of writing these lines, there are more than 140,000 unconfirmed Bitcoin transactions.

Bitcoin Cash was the surprise winner in all of this, at least temporarily. The currency that had steadily declined has been raised up to $ 2,600 in a dramatic pump following the news of SegWit2x's cancellation. While the price has since returned 50%, spectators have been stunned by this sudden surge.

An existential crisis for Bitcoin

The lack of clear track for bitcoin scale problems impacting the Bitcoin price. As more and more users discover Bitcoin and its popularity increases, there is a growing danger that it is a victim of its own success. We discussed with Charles Hoskinson, CEO of Input Output Hong Kong, who developed the challenge that Bitcoin faces:

"Bitcoin is in an existential crisis where it has become quite important and has attracted Clear and different roadmaps for the future, supported by passion, money and brilliance.From one point of view, this creates friction and has resulted in divisions. we see in parallel the two philosophies unfold in real time and compete for the market share.In the end, it is impossible to say who will win, but it is a predictable sign of maturity rather than a symptom No ecosystem can satisfy everyone or satisfy different visions, so they must find a way to separate themselves like so many open source projects without destroying the value already accumulated and the underlying communities. "

The high prices of Bitcoin may have attracted users like honey bees but many are probably not savvy. There is a high degree of confusion among these users that makes things worse. Many of them probably can not distinguish the two Bitcoins from one to the other. We spoke with Fran Strajnar, CEO of Bravenewcoin, who thinks we're going through another round of FUD (fear, uncertainty and doubt). He tells us:

"I think the current FUD is very confusing for the millions of new people who are flocking into the crypto space for the first time." Bitcoin & # 39; , "Bitcoin-Cash" is enough to confuse people as it is. "

BCH a pump and a conventional discharge?

Altcoins are no strangers to the pump phenomenon and empty. There are people who have the opportunity to raise the price of a particular room and when there is enough buzz around a coin, it's just about the throw and make a net profit. Kumar Gaurav, president of Cashaa has this to say about the recent price increase BCH (BCC):

"The rapid rise [of BCH] from about 600 to 2400 USD in a few days makes it seem like a typical artificial pump that was already followed by a $ 1300 USD dump within 30 min. Compared to the FX market, the crypto-market is still small, it's easy to do and can not be used to estimate the future of BTC vs. BCC. "

Gaurav is of the opinion that Bitcoin has acquired a relative maturity with the passage of time:

"In relation to this, Bitcoin has already overcome many challenges, continues to follow its steady rise pattern and its current downward push is one of the many temporary as in July and September of this year, so we can expect it to come back soon to 8000 USD, while [BCH] is too recent to estimate whether it will grow in the long run or whether the current movement Fran also adds his voice:

"However, I expect that Bitcoin or "very good" s it remains above $ 4,500 as smart money realizes that BCH has no benefit, support or adoption like BTC has. "

The good news is that the more people discover crypto-currencies, the more the two types of Bitcoin can exist and prosper. quarrels within the Bitcoin community, you also can not exclude more ranges or more Bitcoin variants in the future.It's just the way cryptocurrencies are.As Hoskinson says:

"Bitcoin Cash seems to be a productive division, its existence threatening neither Bitcoin nor demanding the support of the remaining Bitcoin members. Now, Bitcoin is free to provide its small block vision and cash the big block. My hope is that it will reduce long-term fighting as both parties realize that the other is not going to go away. Just as we did with Ethereum and Ethereum classic. "

Perhaps democracy is the biggest winner and a byproduct of cryptocurrency, and that's the glimmer of hope.