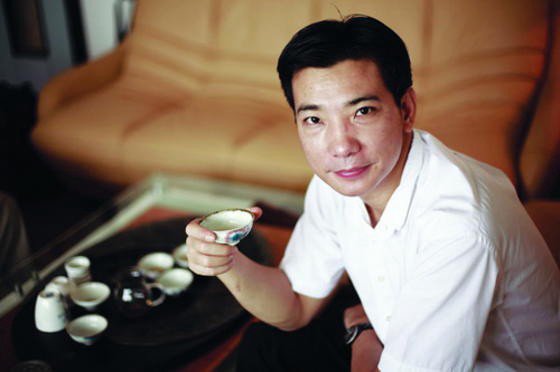 The Chinese investor Angel Cai Wensheng in an interview with technology entrepreneur Wang Feng said that He had achieved a personal goal of detaining 10,000 Bitcoins. Wensheng is the founder of a Selfie editing app called Meitu that is extremely popular in China. He is also an angel investor with a net worth of $ 1.5 billion.

The Wensheng interview where he revealed his involvement with Cryptocurrencies was initially reported on Sina Finance. When asked about Bitcoin, he confessed that he had a very small amount (in single digits) in January 2018. However, once he realized the potential of Bitcoin and Blockchain, he was set a personal goal of acquiring 10,000 Bitcoins. As the price was still high at that time, he decided to wait and began to accumulate once the race started. Bitcoin went as low as $ 6,000 after January. He acquired more bitcoins as the price went lower and finally achieved his goal in just four months.

He also pointed out that he has invested in several crypto-currencies other than Bitcoin. Some of them are Theta, Ontology (ONT), Cortex (CTXC), ArcBlock (ABT), Zipper (ZIP), YeeCall (YEE), Dxchain (DXC), Charter (CAF). Some of them have reported tremendous returns while others still bleed money.

Cai sees the current state of Cryptocurrencies as the first stages of the dotcom boom. With the dotcom crash in 2000, several companies died in batches, and a few did it. Investors who bet on the good companies that survived the accident have made unimaginable returns.

Wensheng also warns investors to do their own research. If people invest in the same blockchain companies they invest in and the value goes up, everyone is happy. However, just because he's invested in a business does not mean he's bound to succeed. Even investors make mistakes.

Asked about the collapse of the market in March, he dismissed it as a big deal. He called it a short-term retreat and in fact, said Cryptocurrencies is very well-focused in the long run. As of March 2017, the price of Bitcoin was about $ 1,000. If we compare with March 2018, the lowest price was $ 6,000, which is six times higher than at the same time last year.

He also recognizes the importance of ICOs on the market. Traditionally, investing in a business in its infancy is not easy for an ordinary person. ICOs level the playing field for everyone. Institutional investors and ordinary people have the same starting line.

The Chinese government has blocked both Cryptocurrencies and ICOs. However, this did not slow down the market. Most trade has moved to countries around China and Crypto trade is still thriving in China through OTC transactions. China had to disable off-shore exchanges using their firewall. Most analysts expect the government to reverse the ban in the future.