Apple has released the first iOS 12 beta for everyone 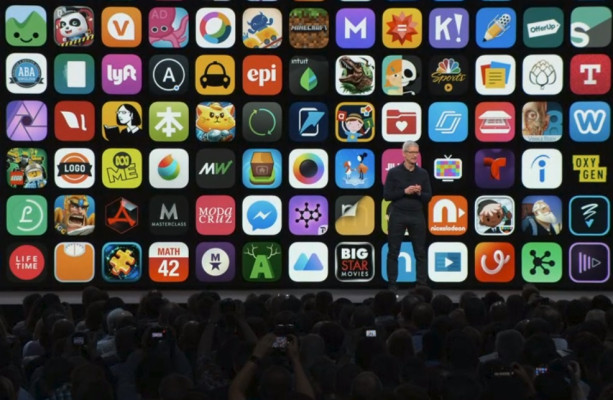 Here is your chance to have a glimpse of the future of iOS. Apple has just released the first public release of iOS 12, the next major release of the operating system for iPhone and iPad. Unlike betas developers, anyone can download it without a developer account of $ 99. But do not forget, it's a beta.

The company still plans to release the final version of iOS 12.0 this fall (usually in September). But Apple will publish betas every few weeks during the summer. This is a good way to fix as many bugs as possible and collect data from a large number of users.

As always, the public beta of Apple closely follow the release cycle of beta developers. And Apple released the second beta version of iOS 12 last week. So, it seems that the first public beta is more or less the same as the second developer.

But remember, you should not install iOS beta on your main iPhone or iPad. The problem is not just about bugs: some apps and features will not work at all. In rare cases, the beta software can also block your device and make it unusable. Proceed with extreme caution.

But if you have an iPad or an iPhone that you do not need, here's how to download it. Go to the Apple beta website and download the configuration profile. This is a tiny file that tells your iOS device to update public betas as if it 's been a normal software update.

Here's a quick overview of what's new in iOS 12. The main feature of iOS 12 is the improved performance, especially for older devices. If you have an iPhone 6 or iPad Air for example, you should see a big improvement when it comes to launching applications, triggering the camera and entering text.

The other great theme of the year is new features to help you spend less time using your phone. There is a new Screen Time feature to see and control the time you spend using each application. Notifications are now grouped and you can disable them from the lock screen. You can also enable Do not disturb when you join a meeting for a few hours or longer.

Apple did not stop there and added new power features. Developers will enjoy a new file format for augmented reality and new features in ARKit 2.0. Apple launches the Workflow app as a new Siri Shortcuts app. Developers will also be able to add information to Siri, so you can add a boarding pass or playlist to Siri.

The Photos, News and Stocks applications have been improved, as well as Apple Books (the application formerly known as iBooks). Apple introduces Memoji on the iPhone X. This is a custom avatar that you can use in iMessage and FaceTime to represent you.

If you want to know more, read my overview of iOS 12 to have my opinion on this version.

Watch the first commercial launch of Rocket Lab, 'It's Business Time'
The graphene-based electronic electronics will allow you to make cereal circuits
Back Market Raises $ 48 Million for Its Refurbished Appliance Market
See also  How the Kindle Was Designed Through 10 Years and 15 Generations