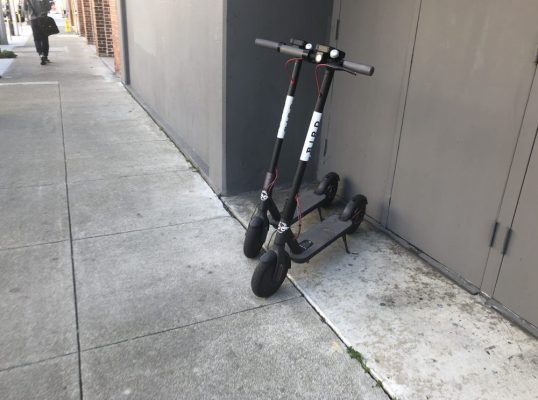 And that's it: Bird, one of the emerging massively hype Scooter startups, went on to his next pile of financing by raising another $ 300 million in a Sequoia Capital-led tour.

The company announced the long-awaited tour this morning, with Roelof Botha of Sequoia joining the company's board of directors. This is the second round of funding that Bird has completed in the space of a few months, rising from an assessment of $ 1 billion in May to a $ 2 billion assessment at the end of April. end of June. In March, the value of the company was 300 million dollars, but the Scooter idea train officially reached an impressive inflection point, investors piling up to get this that many see as the next step in transportation resolution. cars or bikes. New investors in the round include Accel, Capital B, CRV, Sound Ventures, Greycroft and e.ventures, and previous investors Craft Ventures, Venture Indexes, Valor, Goldcrest, Tusk Ventures, and Upfront Ventures are also in the tour. (So, basically everyone who is not in the Lime competition.)

Mania Scooter captured the heart of Silicon Valley and investors in general – including Paige Craig, who actually jumped from VC to join Bird as his VP of business – with a large amount of capital flowing into the region to about as much can possibly. This kind of revolving door fundraising process is not quite uncommon, especially for very hot investment areas, although the scooter scene has exploded considerably faster than most. Bird's round comes amid reports of a mega-tower for Lime, one of his competitors, with the company reportedly raising an additional $ 250 million led by GV, and also lift Skip 25 millions of dollars.

"We have met more than 20 companies focused on the last mile problem over the years and we think this is a multi-billion dollar opportunity that can have a big impact in the world", said Saar Gur. the company, said. "We have a ton of belief that this team has an original product thinking (they created space) and chops to build something very valuable here." And we were focused on long term, and not on the short term, to make investment. The "hype" in our decision (the non-zero answer) is that Bird built the best product on the market and while that we have continued to meet more startups who want to invest in space – we were returning to Bird as the best company.Therefore, in this sense, the consumer hype is real and was part of of the decision.On the economy of units: We consider the first product as an MVP (since the company is less than a year old) – and although the unitary economies are encouraging, they have played a role in the investment decision but no We know that this is not even the first in this market. "

There is certainly an argument for Bird, whose scooters are pretty much everywhere in cities like Los Angeles. For trips that are only a few miles away on wide roads or sidewalks, where you do not risk falling on someone, a quick scan of a code and a jump on a bird can be worth the little money to save a few minutes crossing these considerably long blocks. Users can catch a bird that they see and start leaving immediately if they are late, potentially reducing the pressure to call a car for short distances in traffic, where a scooter can actually make more sense physically to get from point A to point B than a car.

There are considerable obstacles both theoretical and effective. In San Francisco, even though the population of the US metropolitan area only accounts for a small portion of the population, the company is experiencing a significant decline in the share government and scooters have been expelled from sidewalks. There is also the looming shadow of what may happen with regard to tariff changes, although Gur said it probably would not be a problem and that "the economy of the unit seems viable even if the rates were to be added to the cost of the scooters ". (Xiaomi is one of Bird's suppliers, for example.)