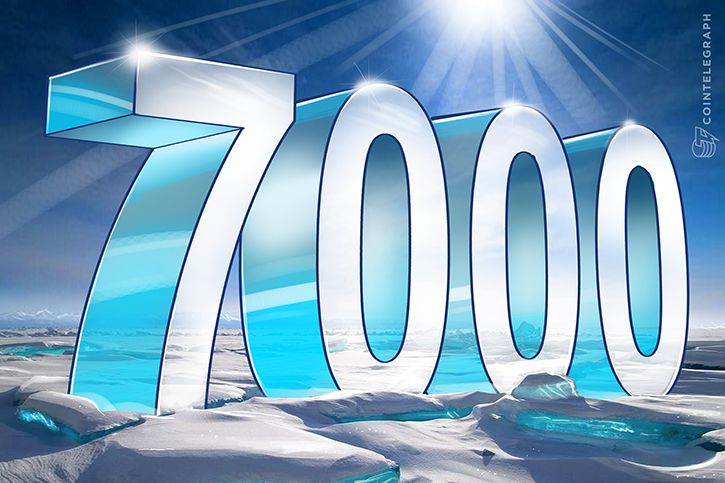 Bitcoin continued its 5-day hike from $ 5,750 on October 28 to a little more than $ 7,000 at the time of the GDAX exchange. The definitive collapse of the currency of its most recent historic high and the $ 7,000 barrier appears to be related to its growing integration into traditional finance.

Yesterday still, the CME Group, the largest stock exchange in the world, announced that it will begin trading Bitcoin futures contracts. Here the end of 2017, pending regulatory approval. CME Group is the largest futures and options exchange in the world, and owns the Chicago Mercantile Exchange, the Chicago Board of Trade, the New York Mercantile Exchange, the Kansas City Board of Trade and co-owner of the Dow Indices. Jones.

After the announcement, Bloomberg reported that the CME imprimatur makes Bitcoin "legitimate" in the world of traditional finance. CME becomes the last dominant player to jump on the Bitcoin bus, following the Chicago Board Options Exchange (CBOE) announcement that they will trade options and Bitcoin futures, and the opening LedgerX's Regulated Bitcoin Market

The trading of Bitcoin futures on regulated markets, particularly by major entities such as CBOE and CME, makes it highly likely that a Bitcoin Exchange Traded Fund (ETF) might be possible in a near future. When the SEC rejected Winklevoss Twins' attempts to register such an ETF earlier this year, the regulator pointed out that it could reconsider its decision if regulated futures markets were to appear .

Sky is the limit