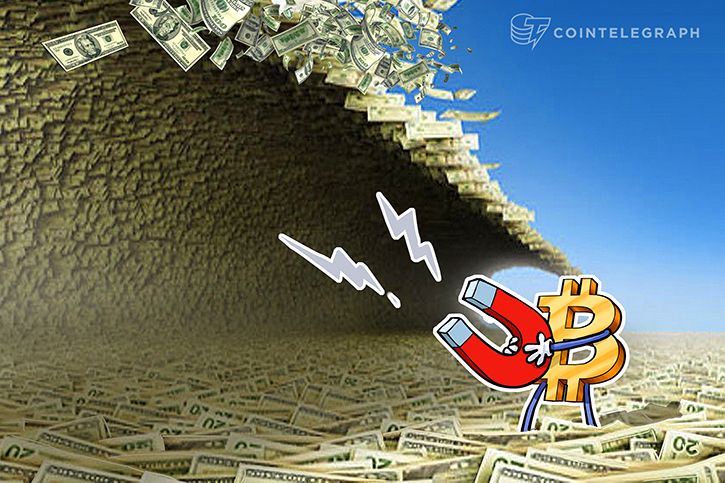 The announcement by CME of its intention to launch futures Bitcoin has sparked a spike in interest around the world. Coinbase, the world's largest Bitcoin exchange, added 100,000 new users within 24 hours of the announcement

Coinbase is a popular exchange to buy Bitcoins with 11.9 million users supported 32 countries

This was one of the first exchanges to support Bitcoin commerce in the western world, so when Bitcoin was evaluated in simple figures. It also supports merchants, allowing them to accept Bitcoins for their products and services, but removing the price risk by crediting the currency on their accounts.

Coinbase became the first unicorn in the crypto industry after raising $ 100 million in August 2017, which involves a $ 1.6 billion business valuation. Coinbase CEO Brian Armstrong is also on Fortune 40's under-40 list.

According to data compiled by Alistair Milne, of the Altana Digital Currency Fund, more than 100,000 new users have joined Coinbase within 24 hours of CME's announcement.

The explosive price of Bitcoin has resulted in a sharp increase in the number of users of Coinbase, which has already doubled in 2017 to reach 11.9 million users.

With hundreds of thousands of new users, the demand (and price) of Bitcoin should eventually explode. It is estimated that currently less than 0.5% of the world's population is invested in the crypto space.

While Coinbase has insurance protection for cryptocurrencies saved on its servers, questions will be asked about the robustness of its trading platform.

A lightning crash caused by a large order on Coinbase's GDAX stock market drove the price of Ethereum down to 10 cents for a short time, triggering stop loss orders. With a growing number of users, it's not just Bitcoin that runs full blocks and has a scalability problem; Bitcoin exchanges must also evolve.

The Liechtenstein bank Frick presents the "direct" investment of Cryptocurrency and cold s...
The first ICO by Paycent brings transparency to contributors
The Algerian government plans a total ban on cryptocurrence
Advertisements
-- Advertisements --