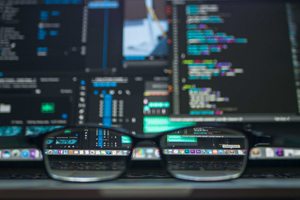 In "Not Hosting an Ecommerce Website", my previous article, I explained how owning and maintaining web servers are poor options for most stores.

In this article I will address a better alternative: the rental of servers from a professional hosting company. When you rent a server, you pay a company to use a computer in its data center connected to the Internet.

The company owns and maintains the equipment. You own and maintain the software. You pay for the use of the hardware and for the bandwidth of the network.

Usually, a server comes with the operating system installed and a method for accessing it remotely, to avoid having to physically see or touch the server. So, you can rent servers from anywhere in the world. They should not be at or near your desk.

Dedicated servers are powerful. Companies that rent dedicated servers usually offer the latest computers and powerful software. These are fast machines that have been optimized for the Internet.

Some hosting companies offer smaller computers or earlier generation models. These can work well if you do not need a lot of power or if you have a budget. However, older generation machines may require more maintenance.

There are usually not many differences between suppliers. Compare the specifications below to choose one.

When you rent a dedicated server, you can usually use any type of code and software.

If a dedicated server goes down, most vendors will try to repair it before it impacts your website. However, interruptions may occur. Having a solid hosting provider is therefore important.

One way to avoid downtime is to order multiple servers and configure them so that if one has problems, the others can take over. This is what is called a server cluster.

Since you will be in charge of the software, you will still need a technical staff to install and maintain it. The talents and staffing levels required depend on how well your e-commerce software works and how much traffic your site receives.

The process of scaling dedicated servers to accommodate more web visitors is similar to self-hosting. Make sure to have an extra server capacity to handle spikes – the ability to weigh versus cost.

It can be difficult to upgrade servers. With a dedicated server, it is usually easier to rent a new, more powerful model and transfer your store software to it. Replacing components on an existing server is usually prone to errors. The addition of performance (for example, more RAM or an additional hard drive) is usually simple.

Virtual private servers are a slice of a single computer. They differ from shared hosting because you get a fixed percentage of the total resources of a server, such as 25% of CPU power, 25% of RAM and 25% of storage. Most providers allow you to use a little more processor if no one else is using it. Thus, you could get a larger share as long as it does not affect anyone else.

Virtual private servers differ from dedicated servers only in a few ways.

For e-commerce stores that use licensed software, renting a physical server or a slice of a VPS server is a much better option than self. -accommodation. I have been using dedicated servers and VPS servers since 2005 and I still use them today, when necessary, because of their flexibility and affordability.

The biggest problem is maintaining the software, to keep the servers running. But it is feasible with the right team.

Which promotions are the most successful for your e-commerce business?
15 Tools and Resources for Color Design
The Six Simple Principles of Viral Marketing
Advertisements