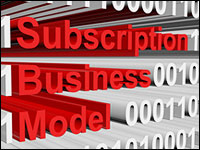 There will be few New Year's Eve celebrations, but maybe a lot of next morning for American companies that do not have a lot of fun. have not started to prepare for the ASC 606 rules on revenue recognition. They should come into effect on January 1, 2018. The news is the same for Europe, although the name of the rule is "IFRS 15".

Change is hard to make, according to a recent KPMG
report, "The deadline is approaching for accounting change." Where have we heard that before?

It offers some solid numbers and equally hard facts. Among his results:

The largest groups of companies were still in the evaluation phase (39%) or in the process of being implemented (35%). Only 6% said their implementation was complete.

With so much sluggishness, it is reasonable to think that a good number of companies will miss the implementation deadline on January 1st. So what?

Who should worry about it

To put all this in perspective, many companies have no problem of revenue recognition, and 57 percent, according to the survey, said their organizations did not provide for system modifications for the new standard. This can be a good indicator of the percentage of businesses in the economy that do not depend on the subscription, at least not yet.

However, it's hard to see what companies are in this group. Even companies as old as Caterpillar, the manufacturer of earthmoving equipment, have taken important initiatives to offer their products as services. So a logical follow-up might be, why are not these companies more focused on the economic opportunity offered by subscriptions?

The answer might lie in how subscriptions have been treated up to now. With few standards for revenue recognition or definitions for how sales are booked and ordered, it's likely that there are companies that offer some form of subscription services that do not think that the new rules apply to them.

Since the new rules also apply in the EU, and there are penalties for nonconformity, one could expect a sudden explosion of electricity. activity in this area after the first of the year, latecomers finally discovering that the new rules really apply to them.

To be fair, there are really companies for which the new accounting standards are not a problem. Zuora, the billing and subscription management company that tries to guide as many companies as possible towards the new standards, has developed a
website that follows many big name companies that might have a problem with the new rules.

Indeed, some do – but it is surprising that the number of them that do not predict any impact on the cash flow of the company, including Salesforce, Caterpillar, General Electric and many others.

It may be because these companies are so important that they have been dealing with revenue recognition for a long time. Or maybe they are so rich that they have followed the problem and are prepared for it. The information is taken from the public records of 10-Q deposits, so it's reliable.

What's a business to do if it does not fall into any of these buckets? It's not too late, and Tien Tzuo, Zuora's CEO, offered this advice:

"Even if a company has not yet started its ASC 606 project, there are a few things they can do to set up the reports immediately according to the new standards: first, ask an accounting firm to make an assessment and determine the risk of impact Next, identify the time required to completely automate the revenue recognition to reduce this risk.

If this is not possible, a business will be forced to suffer from an expensive, manual and intensive labor force to show up on time. If you are stuck in manual mode, consider launching an automation project at the same time to collect data and analyze it for the first reporting cycle. 606.

OK, it is time for the other shoe to fall. All of the above is for the consumption of public enterprises. If you work in a private company, and especially if you are one of those great pre-IPO outfits called "unicorns," you have an extra year to understand this, and you should do it as soon as possible. The danger to unicorns, according to Tzuo, is as follows:

Deloitte has released a new survey of 3,000 companies indicating that slow progress in implementing the new standard could delay IPOs, especially when the Fortune Fact Sheet indicates that the IPO window is open again. technology companies of Roku, CarGurus and MongoDB. "

Imagine working for 10 years to build a business and make it public, but not at the optimal time. Come think about it, do not do it – it's too depressing. Better to work to find your optimal solution. It's there.

Denis Pombriant is a well-known researcher, strategist, writer and lecturer in the CRM industry. His new book, You Can not Buy Customer Loyalty, but You Can Earn It is now available on Amazon. His 2015 book, Solving for the Customer is also available here. It can be reached at
[email protected]