Cryptoshuffler proves that bitcoin owners are susceptible to malware, steals $ 150,000 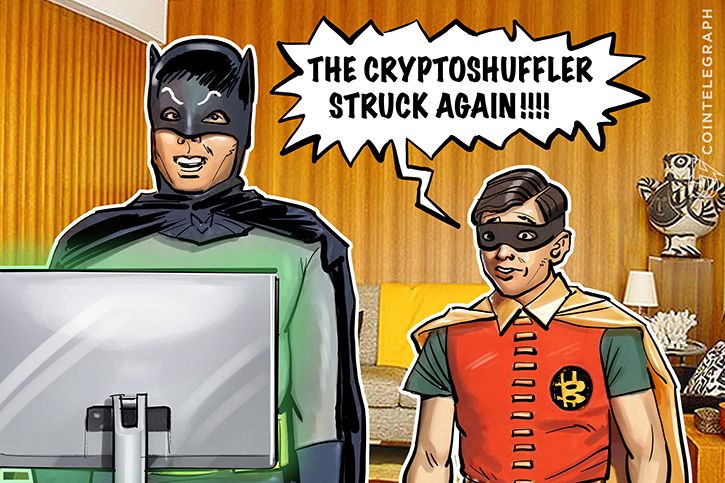 With the price of cryptocurrencies, the incidence of sophisticated malware and Trojans has increases. The last Trojan horse, Cryptoshuffler, managed to steal Bitcoins worth $ 150,000.

The modus operandi of CryptoShuffler is very simple – it hits when a user copies a Bitcoin address to the clipboard, presumably to paste it into the destination address of his wallet and send through Bitcoins. Cryptoshuffler then replaces the address in the clipboard with an address belonging to the creator of the malware. Unless a user notices that the address that he pasted is different, the funds will be transferred to the malware creator. Given the irrevocable nature of Bitcoin transactions, the user has no way to recover his Bitcoins once the transaction is confirmed.

The malware targets not only Bitcoin users, but users of other cryptocurrencies like Ethereum, ZCash, Monero, Dash and Dogecoin. The Bitcoin address related to Cryptoshuffler has received up to now 23 Bitcoins, currently valued at $ 150,000. The Trojan has been active for over a year, with the first Bitcoin transaction being reported to the creator of the malware in September 2016. After a short period of activity, the number of relevant transactions has increased in recent months.

"Cryptocurrency is no longer a distant technology. Increasing malware attacks targeting different types of cryptocurrencies and we expect this trend to continue. "

Clipboard piracy is not new. Bank accounts. However, CryptoShuffler seems to have been particularly successful at using this old strategy, lurking in the background of various computers.

See also  Major investors to come: a new decentralized exchange plans to attract them all
-- Advertisements --

"The described malware is a perfect example of" rational "gain The scheme of its operation is simple and effective: no access to pools, no network interaction, no suspicious processor charge. "

No alternative to the basics of security

CryptoShuffler has shown that there is no shortcuts by taking care of computer security. Do not install any software from unreliable sources. If the software is digitally signed, be sure to check the signature before you install it. Keep your antivirus updated and a firewall in place. Store most of your cryptocurrencies in a wallet or wallet that requires two-factor authentication. Always be vigilant when sending Bitcoins. The small precautions taken can help you protect your cryptocurrences.