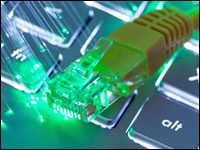 Broadband at Home has become "the fourth utility" in US households, many of which have multiple connected devices and viewing screens. According to Parks Associates, more than 85% of American homes have a broadband service, and 93% of them have high speed Internet services over DSL, fiber optic or cable.

The demand for broadband fixed broadband is a major contributor to operator revenues and profitability, particularly because of the decline in pay and fixed-line subscribers.

The competitive market has changed dramatically over the past two years, as have the services available. AT & T acquired DirecTV and launched an online pay-TV service (DirecTV Now) that combines broadband, satellite television and mobile.

Charter acquired TWC and Bright House to become Spectrum, which serves approximately 30% of the US fixed broadband residential market – approximately 23 million consumers – the size of Comcast's customer base. Google halted the expansion of its optical fiber service last year after disrupting and accelerating broadband competition across the American landscape.

The way people use broadband has also changed. Streaming services are a key part of home entertainment. Music streaming is seen as a source of new hope for the troubled music industry, and subscriptions to OTT video services have become the norm. Netflix, Amazon, Hulu and CBS All Access offer high quality original content exclusively for online distribution through their services.

Operators and device manufacturers have partnered with OTT video services, seeking to leverage their brands and popularity to support the adoption of higher data rates and electronic devices connected mainstream.

For example, Consolidated Communications recently announced a partnership to offer HBO Now with its broadband services, offering an alternative to the traditional dual-play bundle. These types of partnerships will become increasingly common as OTT operators and services adapt to the new consumer entertainment market.

Despite the demand for data, some fixed line operators are worried that consumers will turn to their smartphones and cellular plans for home Internet connectivity. Half of US consumers using fixed broadband also use their smartphones or tablets to connect to 3G or 4G at home, according to Parks Associates.

However, fixed broadband has several key advantages over wireless data services that prevent consumers from completely shutting down the broadband cord:

Mobile service providers will push their benefits, which includes a direct connection to consumers via their smartphones. Mobile services have begun to position fifth generation (5G) wireless technologies to compete with wireline technologies, which will provide more options for consumers and further encourage fixed broadband operators to innovate to retain their customers.

Fixed line operators will protect their fixed line revenues by increasing throughput, innovating in their CPEs, reducing costs, and expanding the coverage of their fiber optic deployments. There is already evidence of this, with fixed broadband providers and mobile data providers looking for new ways to add value to their services, such as free WiFi hotspots and zero-rating video streams. associated with OTT services.

They will also explore new areas, including underserved and rural areas of the United States, where fixed wireless technologies could be the best solutions for last mile connectivity.

Although some substitutions may occur, fixed and mobile data will continue to work in tandem to meet the insatiable data needs of consumers. Fixed-line operators will benefit from wireless technologies in a number of ways over the next few years to improve their satisfaction and increase their revenues, strengthening their position as reliable data providers.