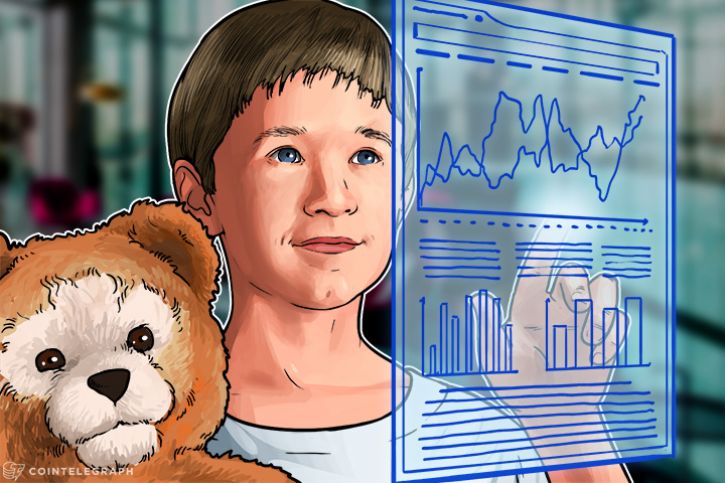 Should you let an AI algorithm make a 100 million dollar appeal on your behalf? This is a concept that several hedge funds have been attacking for a few years. As artificial intelligence continues to prove its effectiveness in a growing number of areas, many investment firms, nascent and old, are beginning to use it to make business decisions – and they are willing to put a lot of money on their customers.

For years, hedge funds have used quantitative algorithms to make business decisions. However, these algorithms were driven by static models developed and managed by data scientists and were not able to cope with financial market volatilities. The decisions made by these algorithms have given results often inferior to those obtained by human discretion.

In recent years, with the emergence of machine learning and deep learning, the branches of AI have revolutionized the creation of software. Unlike traditional software that relies on predefined rules given by programmers, machine learning algorithms work by analyzing huge amounts of data and setting their own rules based on patterns and connections. they find between different data points. Machine Learning Software Updates Automatically When Ingesting New Data

This approach has created effective systems for analyzing the content of images and videos, understanding and translating the context of spoken and written language, energy saving, cancer diagnosis and more. Many believe that the same technology can transform financial markets.

Several Wall Street hedge funds are drawn to the possibilities that offer these self-adaptive algorithms when applied to financial trading . An example is Man Group, one of the largest hedge funds in the world with $ 96 billion under management. Since 2014, Man uses machine learning algorithms to make autonomous business decisions in his AHL Dimension fund with very positive results.

Man engineers establish limit parameters for their ML algorithms. They then provide the algorithms with data and allow them to discover patterns and correlations that would go unnoticed by human analysts. ML algorithms constantly compare new data with historical models and try to guess how the changes will unfold in the future. The man applies the model to quick business decisions as well as to educated predictions for several weeks in the future.

The availability of data and computer resources, the two main requirements of machine learning algorithms, are the main factors allowing Man Group and other hedge funds to employ the same. IA in their transactions. Today, the costs of processing power have dropped significantly. The man runs his own data center in London. Other companies are setting up virtual data centers through cloud providers such as Amazon, Microsoft and Google.

More importantly is the explosion of data generation and online services in recent years. According to Deutsche Bank, there are one billion sites on the Internet, with an additional 100 million added each year. There are more than 500 exabytes of data, over 90% of which have been created in the last two years. In this digital ocean are tons of publicly available information, also called alternative data that can supplement financial data and help make better business decisions.

However, the collection and reading of all this unstructured information is beyond the capacity of human analysts. Alternative data gave birth to its own market, with vendors scraping, cleaning and selling this data to the investment community. Some hedge funds spend millions of dollars to obtain valuable data. According to consulting firm Tabb Group, spending on just alternative data in the United States will reach $ 400 million in the next five years.

The Challenges of AI-based Trade

Many promises in finance and trade, it still has to overcome several obstacles in the coming years. Skeptics doubt that anything that is missing at the human level can handle all the mysterious parameters that influence the financial markets, such as news events, politics, the economy, and business. Other events such as natural disasters. At Man Group, the AHL fund has gained 15% in three years since its involvement in artificial intelligence, nearly double the industry average. But he is still lagging behind the S & P 500.

Hedge funds using artificial intelligence will also need to overcome the challenges inherent in technology, including lack of transparency As AI algorithms ingest more data and become more sophisticated, the engineers who build them have more and more trouble explaining the mechanics of their functionality. human analysts examine unusual transactions before they are executed, and he builds autopsy tools that help engineers study the decisions made by the algorithms.

Companies will also need to s Be wary of data, as they may involve information obtained from consumers. Automatic learning algorithms often correlate information to raise privacy concerns.

The aggressive use of big data also threatens to push hedge funds into legally gray areas. Although the use of publicly available data is not considered an insider's offense, the definition of data considered public and legally secure in the algorithms is not very clear.

Nevertheless, proponents of machine learning and artificial intelligence no doubt that algorithms are the future of commerce. As Eric Schmidt, former CEO of Google and current Executive Chairman of Alphabet, says in 50 years, no exchange will be made without the computers dissecting the data and signals of the market.