How to start selling in Russia 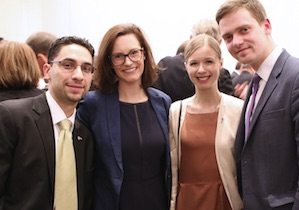 In 2016, e-commerce revenues in Russia increased by 21% over 2015, reaching $ 16 billion. This is according to the Russian Association of Internet Trading Companies. The Association expects Russian e-commerce revenue to reach $ 20 billion in 2017, another 25% increase. About 25% of e-commerce sales, for $ 5.6 billion, are destined for consumers in other countries.

In this post, I will give an overview of e-commerce in Russia. I will also offer suggestions for foreign e-commerce companies to sell in the Russian market.

First of all, e-commerce is relatively new and is growing rapidly. About 70% of Russian consumers – 102 million people – access the Internet. But only 46 million of them regularly buy goods online, which represents an undeniable opportunity for growth.

The most popular categories of products online are clothing, cosmetics and small household appliances.

Chinese imports are generally the cheapest. But Russian consumers are willing to buy in better European and American stores if the price is reasonable.

User experience. Russian-based e-commerce sites often have a bad user experience. Online consumer complaints are constant and growing. Most online stores in Russia are difficult to use. Responsive design is rare for Russian online sellers. The loading speed is a huge problem.

Most online shopping in Russia comes from desktop computers. However, a Data Insight survey conducted in Russia revealed that 27% of respondents would make purchases using mobile devices if the store was mobile. Mobile purchases and mobile payments will inevitably grow with the younger generation. In fact, a smartphone is the main online shopping tool for Russian consumers under 25 years old.

Delivery is painful for Russian buyers. It can be long, expensive and dangerous. And even if the package reaches its destination intact, it may be different from what was ordered.

In fact, major cross-border retailers such as Gap, Debenhams and Marks & Spencer do not officially deliver their products in Russia. But others, like Macy's and ASOS, do it.

Nevertheless, the delivery limits imposed by major international retailers do not prevent Russian consumers from buying foreign brands. He has created a niche, in fact, for Russian entrepreneurs who buy goods in other countries on behalf of buyers and then deliver them to Russia. The process is simple. The delivery provider has a long list of online stores and shopping malls. The buyer chooses a product to buy, creates an account with the delivery service provider, fills in the order information and pays electronically. The owners of these services host new foreign online stores.

Taxes and fees. Foreign traders who sell less than 1,000 euros per month, for goods that collectively weigh less than 31 kilograms per month, do not have to pay duty for deliveries. This allowance is reduced to 500 euros in 2018 and 200 euros in 2019. Deliveries exceeding this limit will become subject to a 30 percent fee.

Soon, major foreign markets operating in Russia – such as Amazon, eBay and AliExpress – will have to pay 18% VAT for purchases made by Russian consumers. These markets will likely add this VAT to the sub-total cost, which will make these goods more expensive for Russian consumers. But the goods bought on the marketplaces, with VAT at 18%, will have accelerated the passage in Russian, which means faster and safer.

Language. EF English Proficiency Index attempts to rank countries according to their English proficiency. He reports that about 52% of Russians know English. But the expansion in the Russian market requires a location. Consumers in Russia (and in other countries) are naturally accustomed to shopping in their own language, using their local currency. Russian consumers are more likely to buy from a brand if they can understand promotions and use filters without translating them.

How to start selling in Russia

See also  3 hooks to lure buyers away from the Amazon

Marketplaces are a good way to reach Russian consumers. Popular markets include: