How to Transform a Boring Office into a Flexible Workspace 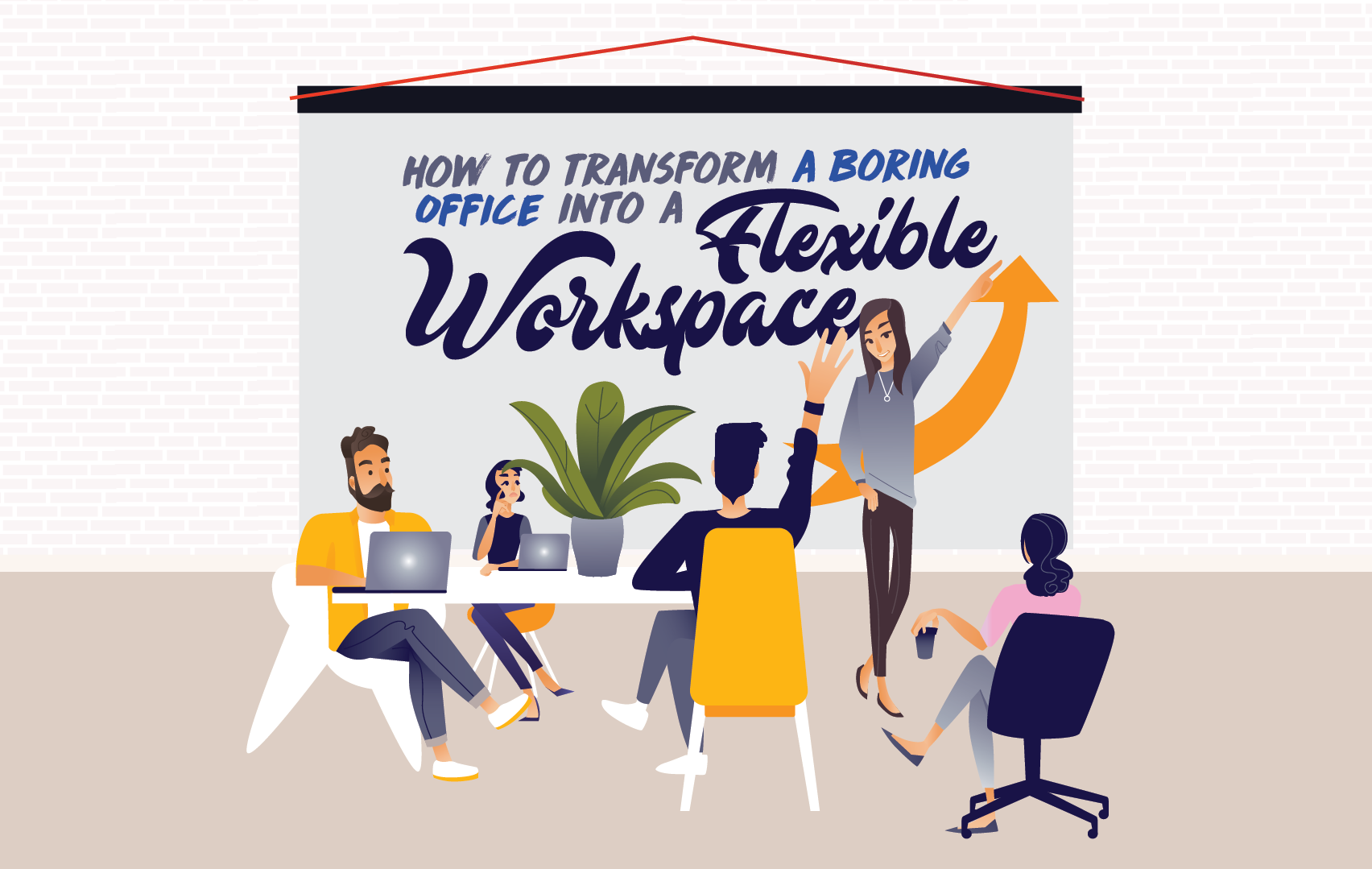 Traditional working spaces, while being the most widely-used, may not always be the most favorable. Sitting on a desk, confined in four corners, will do a lot for employees to focus on the task at hand.

But doing work requires more than just concentration. At times, collaboration and repose are also needed, and that’s where a traditional set-up can fall behind.

Fortunately, there has been a surge in finding an alternative, and flexible workspace is becoming the leading substitute to a traditional office. An office is a flexible space if it implements versatile space solutions like adjustable furniture, multipurpose areas, and collaborative spaces.

Thanks to these, including Wi-Fi connectivity, mobile devices, and available software and programs for productivity, employees now have the freedom to work in the space where they find themselves performing better, anywhere they are in the office.

The infographic below illustrates how you can transform a dull office into one that boosts employee satisfaction and productivity.

Tech companies like Google, Apple, and Facebook are often thought to be the most suited to have this type of office setting—and these tech giants have indeed adapted it—but it, so far, has worked for other companies from different industries and sectors, especially those that use project workers or consultants.

The reformation to a flexible space is happening mainly because companies realize that the workforce, as well as the way employees are working, is changing. They are trying to help create the culture of innovation and collaboration by having an environment that can recruit and retain talent, as well as inspire new ideas for the current ones for the benefit of the company in its entirety.

See also  Nuance so subtle that we often miss it

How does the alternative finance industry in the United States compare to Europe?
The Great Secret of Local Marketing
The business trip is your worst enemy - unless it is to any of these 6 cities (INFOGRAPHIC)
Advertisements