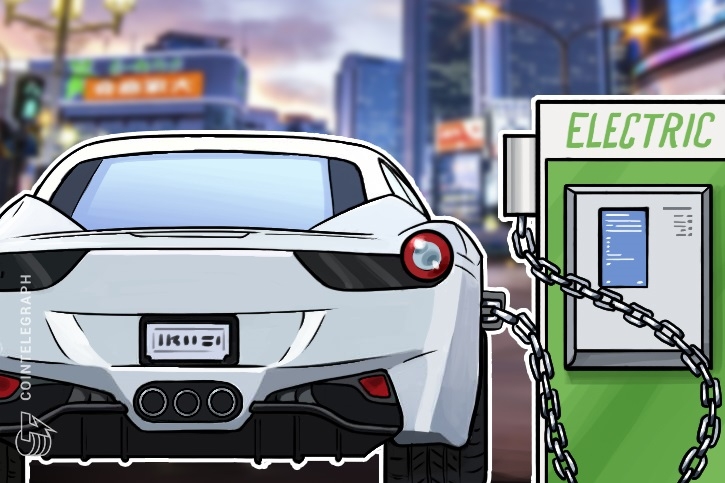 The Chubu Electric Power Company, the third largest electricity supplier in Japan, has established a partnership with Nayuta Inc. Infoteria to experiment with the possibility of using Blockchain technology to record the charge of electric vehicles (EV) and hybrid plug-ins. The Lightning network is intended to be used to charge micropayments for electricity, reports TechCrunch Japan.

As part of its project to build a new type of "collective housing" that contains an electric vehicle charging component, the Chubu Electric Power Company conducts simultaneous tests on both the Blockchain level and the Lightning Network level of the second layer scalability solution, for the development of this project.

Nayuta develops a charging socket compatible with Blockchain. Infoteria's development of a tandem mobile application means that users could hypothetically see the charging history of the electric vehicle as it was registered at the Blockchain, according to local newspaper Denki Shimbun

A record-breaking Blockchain of electrical charges on a user-friendly mobile application "allows operating a highly reliable charge management system with a low introductory cost", according to the agency's local press Chuden. An example given because of the low costs is that the owner of an electric vehicle could install a charging system in his apartment using this technology, which is a key element of Chubu Electric's collective housing plan.

According to TechCrunch Japan, although the Lightning Network has already been implemented in several other forms, Nayuta uses its own independently developed Open Source software for micropayment experiments for electric vehicle charging.

Kenichi Kurimoto, CEO of Nayuta, told Cointelegraph that he believes that "protocol development is an open-source activity."

Regarding the relevance of the Lightning network for this project, Kurimoto said, according to TechCrunch Japan, that […] and huge transactions: "

" There is a huge number of transactions in the IoT domain, there is a possibility that the use of the Lightning Ne twork can handle more transactions than using it in the cloud.

Kurimoto told Cointelegraph that the collaboration is for experimental purposes and that commercial cooperation will only be discussed once the experiment is over.

Nayuta has developed two types of power outlets for charging electric vehicles and making Bitcoin payments: one is a modified power socket in 2015 for a zero confirmation payment system, with a pseudo SPV software portfolio on a micro-controller, and the other has a Lightning Network software named "lagarmigan", that Nayuta is developing.

Kurimoto told Cointelegraph that Infoteria has made a mobile smartphone application prototype for service of the first type.

In the experiment for the second type of outlet, the real-time payment was made when a closed network, consisting of "Kurimoto" wrote:

Kurimoto writes that "lagarmigan makes [it] possible to conduct a Lightning Network transaction with c-lightning, lnd, closed net eclair on Testnet, although we still developed it:"

"With the ptarmigan developing, we will continue to develop and experiment to find what kind of architecture is best applied Lightning Network for IoT."

He adds that they are also developing a solution that will work on the 0.16 bitcoind protocol, but for now only bitcoind 0.15 is available. A manual on how to use "ptarmigan" is available on GitHub.

Although Chubu Electric Power has confirmed the effectiveness of their experiments so far, according to The Denki Shimbun, Hidemi Noda, Chief of Division Division Chief Research Division Chubu's Electrical Technology Development, said:

"This verification is the first step, I would like to improve the service by discovering the problems and trying to improve it."

Blockchain technology has already been used for automobile record keeping: at the end of February, the Dubai Roads and Transport Authority (RTA) announced plans for a tracking system for life cycle of vehicles. ]