Monthly brick and mortar sales fall in March, according to a report 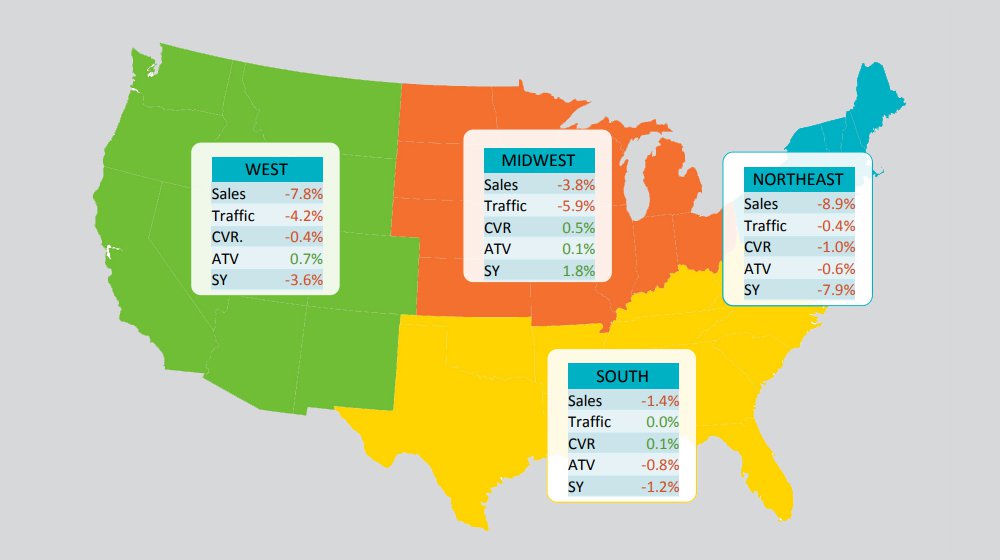 Brick and mortar retail sales fell 7.6% in March, due to a 4.3% decrease in traffic over the previous year and a slight drop in sales. a 0.4 point decrease in conversion. The latest data from RetailNext's Retail Year Pulse Retail Physical Retail Report also indicates that March marked the first decline in conversion in seven months.

Holiday dates in April affected the results. Because Easter Sunday fell on April 1, store closures resulted in a drastic drop in performance for week 5. However, the strongest week of the month was Easter Sunday (week 4) . , traffic and transactions were higher than the same week of the previous year.

The third week straddled a deal statistically with relatively positive values ​​for the average transaction value (ATV), SY, and conversion rate (CVR) from year to year. 39; another.

With the shift of the Easter Sunday date, the weather played a role in the results. The month of March this year was the coldest of the last four, the driest since 2015 with the most snowfall since this year.

As a result, the Northeast suffered the largest decline in sales (8.9%) from one year to the next. Traffic also decreased by 0.4%. In the South, sales fell 1.4% per month and traffic remained stable at 0%.

Although sales and traffic have declined, the Midwest has performed better with the best conversion rate and SY index from all regions.

The study areas ran from March 4 to April 7 with more than 7 million shopping trips to America's retail stores used for data.