Net Promoter Score is the Best KPI for Ecommerce 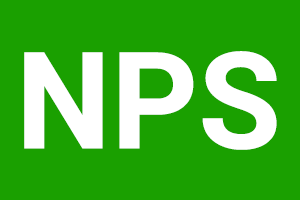 "Net Promoter Score" is an easy-to-understand customer loyalty indicator, closely associated with sales and profit growth. Online vendors can use this metric and the associated customer interactions to improve customer service, encourage loyalty, and grow.

The article compared data from thousands of satisfaction surveys with transactional information to identify a key performance indicator for profitable growth.

According to Reichheld and many supporters of the Net Promoter Score, the best indicator of growth is to understand the likelihood that a consumer will recommend a business to a friend.

To this end, Net Promoter Score begins with a question.

What is the probability that you would recommend our [company, product, or service] to a friend or colleague?

Respondents are divided into three categories.

Net Promoter Score begins with a single question about the likelihood that a consumer will return a firm. on a scale of zero to 10.

Think about the correlation between growth and the willingness to recommend a business, a product or a service, and growth.

Promoters will spread the goodwill of a company by word of mouth. They will encourage others to buy even when they do not buy for themselves. A detractor does exactly the opposite, discouraging sales through word of mouth.

"The only way to profitable growth," writes Reichheld, "may lie in a company's ability to make its loyal customers become, in fact, its marketing department."

For example, imagine an online retailer asking his customers each month with the reference question. In May, he receives 1,000 responses. Of these, 40% are promoters, 50% are passive and 10% are detractors. This activity would subtract the percentage of detractors from the percentage of promoters. Thus, 40% – 10% = 30%. This company would have a net promoter index of 30.

The net promoter score of a company can range from -100 (100 percent detractors) to 100 (100 percent promoters). Average scores vary by industry. For e-commerce, 45 would be an average Net Promoter Score.

The Net Promoter Score is sensitive to the volume of respondents. So, how often does an e-commerce company measure the number of survey responses that can be collected.

After asking the reference question, ask an open question to find out why a consumer responded as he did.

This question can usually be asked of all respondents with something like "What is the most important reason for your score?" Or "What do you think about your buying experience?"

It may also be requested for each category. So, a Promoter might receive a question about what made the experience fun, while a Detractor could be questioned about what led to his poor experience.

This follow-up question can be asked at the same time as the reference question, or later. The goal is not only to give a KPI to a company, but also to give it actionable information.

In an article on Net Promoter Score, Retently, a customer satisfaction platform, suggests using what your company learns from the Net Promoter tracking question to impress detractors, engage liabilities and show off gratitude to the promoters.

Concentrate your efforts on the liabilities. They are satisfied buyers. If your company can turn them into promoters, you will stimulate growth.

Consider sending these people a follow-up email asking what can be done to make them more likely to recommend your business. Recently, he also suggested offering special offers, discounts or upgrades to Passives.

Next, encourage the promoters of your business. Send a thank you email. Tell them how important they are to your business and how much you appreciate their recommendations. Include free gifts, such as a t-shirt or hat. Also offer the Promoters unexpected benefits, such as an automatic upgrade for a two-day free shipping.

Finally, reach out to the detractors. Ask follow-up questions and consider the answers. Detractors, according to Reichheld, pose a real danger to your business if they remain unhappy.