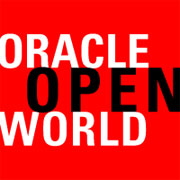 I spent last week at the Oracle Customer Event, OpenWorld 2017, in San Francisco. When I was not drinking at a fire hose, it was alternately fascinating and exhausting.

There were major announcements in the database, blockchain, artificial intelligence, cybersecurity, and other things For example, my eyes are lost when they start talking about bare metal servers and serverless servers, so I'll limit my observations here to the database and to security, with a few strokes. other stuff.

This OpenWorld was primarily a kind of party: the culmination of billions of dollars of investment in advanced technologies has become inevitably visible. From now on, Oracle could still support its old customers – but make no mistake, they are inherited.

The future, at a minimum, is moving the data center to the cloud and moving the traditional licenses there. Oracle even has a name for this practice: "BYOL", or "bring your own license."

Oracle made this task as easy as possible. I spoke with a number of customers who had done it or were in the last stages, who were happy with the experience.

We do not think about it often if we keep an overview, but there are many old systems in the business that need to be replaced because they no longer support their missions. There is no better indication that the next few years will be full of stories about cloud migration.

The key to a successful and necessary transfer to the cloud is the 18c, the standalone database of Oracle. The new product, which will be available by the end of the year, is supposed to auto-stock, self-maintain and self-repair underway. Execution, eliminating the need for resorting to most downtime.

Chief Technology Officer and Founder, Larry Ellison, said it takes an average of 13 to 14 months between the provision of a fix and its installation in the majority of customer stores. If a patch covers a security issue, this gap gives villains a huge amount of time to steal data, which has become an epidemic.

As Ellison said in his opening speech of the evening, "People will get better at stealing data, and we must improve to protect it. Just point. The database will be an important part of this protection, as will some semi-autonomous security software (which will soon become self-sustaining). Both products rely on Oracle's machine learning and AI tools, as well as advanced database hardware.

That's the trap, but that sounds eminently reasonable: you have to use the Oracle equipment to take full advantage of the power of the software. In fact, it's less catching than you think. While there are companies large enough to need it and to purchase the hardware, many, if not most, customers will fully benefit from the benefits of Oracle's technology as consumers of its cloud services computing. Thus, many of these ads can rightly be considered as other incentives to move to the cloud.

Ellison likes to say, "You can get all that, but you have to be willing to pay less."

It's just if you look at the monthly or annual subscription fees, but it is suspected that over time many companies will pay more globally. There is the problem of updating, which many companies avoid, but which is an integral part of the cloud. We'll see – in the end, you get what you pay for.

Oracle also announced a foray into the blockchain, distributed logging technology that provides significantly increased security, speed, and transparency to inter and intra-enterprise transactions. For example, you will soon be able to use blockchain to track the provenance of parts in a supply chain. It can only be hoped that credit reports will adopt similar guarantees in the future.

We can also hope to track some customers and their purchases in this way, especially to facilitate sales in a B2B environment.

Finally, there is the AI ​​and the data. Whether it's called "AI" or "machine learning", technology requires a lot of data to form a useful model for predicting the future.

Most business data is deficient in one or more data axes, so Oracle's solution has been to provide clean data to augment private data, and provide the necessary aggregate view in sales, marketing, service and much more. Oracle has also introduced a new set of IoT applications aimed at specific business results. It is impossible not to say more about it later.

In summary, Oracle's long-term investment in cloud technology has begun to bear fruit. We've seen this in company profit reports over the last year, and OpenWorld was a sort of party release for many solutions to literally all levels of the software and hardware stack.

The company will be a formidable competitor in the coming years because its inherited base is to seize. All of these customers will be moving to the cloud at some point, and Oracle wants to keep them. Other vendors with good solutions are competing at all levels – from Amazon and Google to Microsoft, SAP and Salesforce. It will be fun to watch.

See also  How to start selling in Russia
-- Advertisements --

Denis Pombriant is a well-known researcher, strategist, writer and lecturer in the CRM industry. His new book, You Can not Buy Customer Loyalty, but You Can Earn It is now available on Amazon. His 2015 book, Solving for the Customer is also available here. It can be reached at
denis.pombriant@beagleresearch.com.