Opinion: Bitcoin price gains? Get ready for the summer run-up 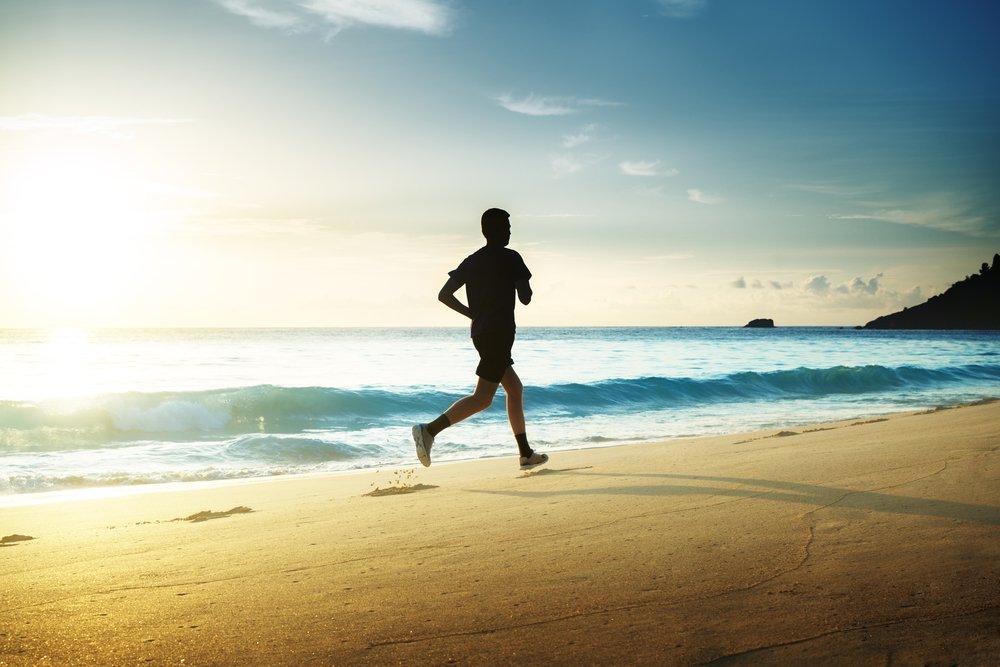 On my last articles, I distanced the discussion from Price and Volume, as I wanted to focus on the underlying infrastructure and the nature of cryptocurrency governance. I think it was worth it because we really need to understand how this new distributed organizational model can be applied to most businesses today. Plus, though, if we do not make an effort to learn the subtle difference between the decentralization of infrastructure and the decentralization of governance, all this craziness of cryptocurrency could end up blowing everywhere on our faces.

After all, what good is it to have a decentralized infrastructure if the power stays with the small number and not the number?

– This article should not be considered as financial advice as it represents my opinion and my personal opinions. I have savings invested in cryptocurrency, so take everything I write with a grain of salt. Do not invest what you can not afford to lose and always read as much as possible about a project before investing. Never forget: with great power, comes a great responsibility. Being your own bank means that you are still responsible for your own money –

The volume has gone up and the price has gone up. Bitcoin is testing new support levels around USD 9000 with the increasing adoption of segwit and the continued successful launch of Lightning Labs LN's core network; EOS has already reached record levels and Ethereum seems to be gaining popularity with the continued development of its PoS Casper protocol and, more recently, with the ability to apply database fragmentation technology to its core protocol. 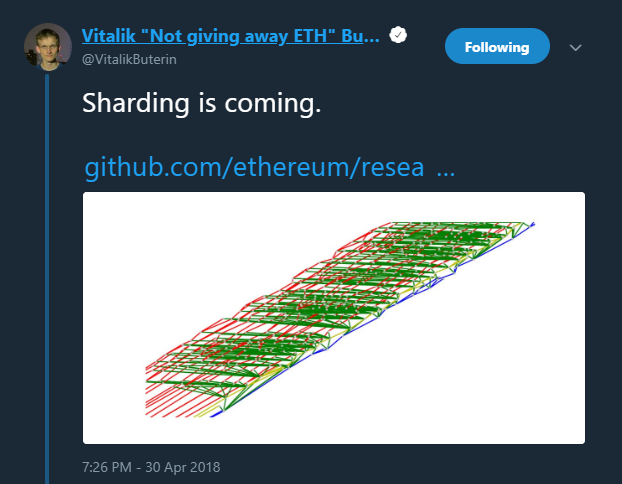 New developments have also been announced in most of the first 10 or 20 pieces.

Ripple, Neo and Stellar, for example, have made important partnership announcements in recent months.

Cardano's IOHK claims to have succeeded in creating and validating the maths and algorithm of a PDS system that is as good, if not better, than the current Bitcoin PoW.

I've seen this statement so many times, yet, Bitcoin is still king. For example, look at Bitcoin cash; Due to the higher block size, he manages to have faster and cheaper transactions. Is not it the dream?

The safest and most resilient registry will be still the one that enjoys the support of most miners, users and developers. Following this line of thought, we might think that there is a correlation between all these amazing positive news and short-term price movements.

What motivates the price? Is this security Ledger? Adoption by the user?

Do not believe, for a second, that news, developments, announcements or updates that I have mentioned have something to do with price and volume. Want to know why the price has gone up? Because new smart money has entered the market.

This is neither the security nor the speed nor the delta of the number of network users that are driving up and down prices. Whenever you think the market behaves rationally, consider the following: How many of the top 10 projects have a secure work protocol? I'm not talking about a nice and user-friendly platform that does this and that, but from a decentralized and secure real protocol?

Ok, now think of one who's not just a copy of the Bitcoin blockchain with a " super-feature " making it faster / cheaper / private / etc. 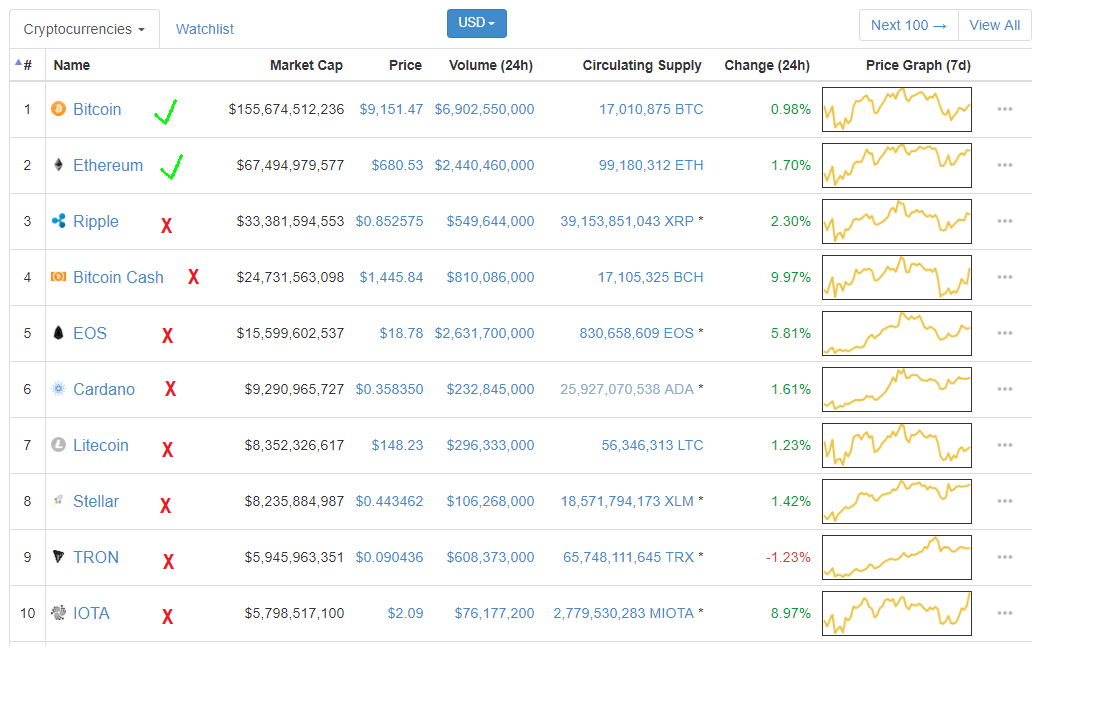 Do not take this the wrong way.

-I am an investor myself and all I dream about is that the above projects succeed. That being said, I must dismiss the emotion, as the attachment that I have for the money that I put, and think about the best way to lead this irrational market. and doubtful –

We must all understand that irrationality does not mean that you will lose money. Or that the market is going to crash. If only a handful of live projects today keep their promises, I can assure you that the impact on our daily lives will already be enormous.

We must realize that we are a minority, in a sense that the rest of the world has not awakened to the true power of decentralization. However.

See also  Veriff Raises $ 7.7 Million Series A to Become the Stripe for Identity

Up to now, the most competent and successful on this front, which is the only one that counts in the end, are Bitcoin and Ethereum. The first because it is still the most innovative project of the last decades; The world's first P2P and money storage system in the world continues to be number 1. The second because it has enabled the world of cryptocurrency to flourish by creating a framework enabling companies to easily integrate decentralized infrastructure and governance into their business models. A protocol open and permission less for smart-contracts where most of the tokens live, since all the ERC20 tokens were created on the Ethereum protocol.

Breathe deeply and consider this: more than 90% of the entire market exists between Bitcoin and Ethereum, either by living from it or by being a copy of it.

What is the meaning of all this?

One and only: as investors, we must realize how immature, irrational and manipulative this market is. The potential reach of every technology, project, idea, consensus algorithm or whatever you think is the key to being number 1 (for me, it's resilience), has no more Importance at this stage.

Ease of use does not matter.

Having a real product or a platform does not matter.

Having full control or being completely decentralized either.

The only thing that matters is to sit down and wait for the prices and the volume to be low; it's when the night comes and that smart money goes on the hunt:

like a beast, slowly track down his prey, patiently, without ever rushing. When the time comes, you will see it. Sprinter, furiously smashing the weakest while he ruthlessly implores his bloodthirsty teeth on the last remaining sales orders that were trying to drive down the price. 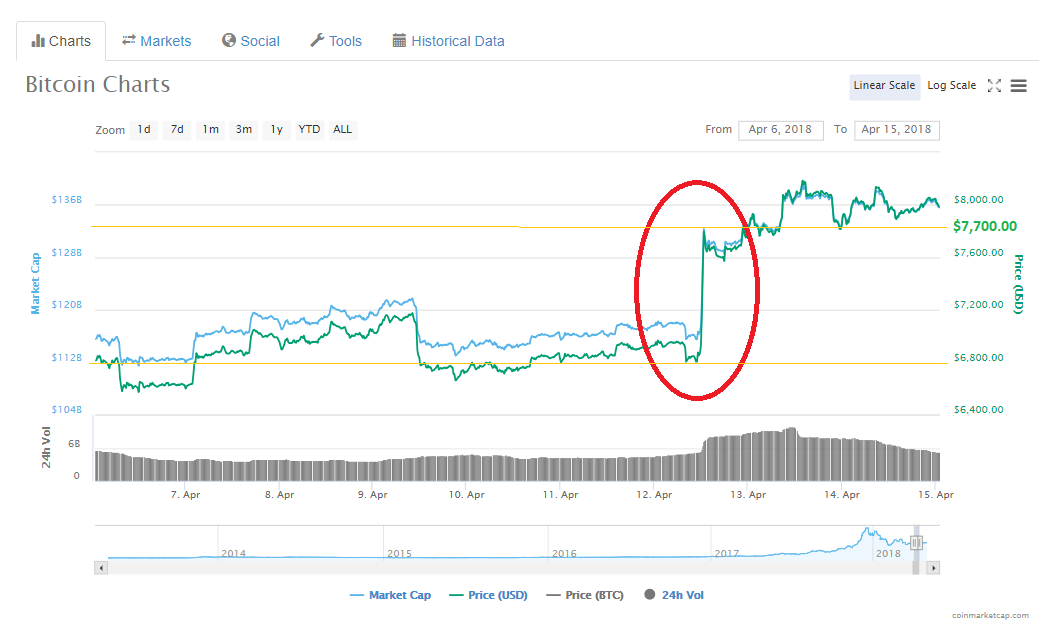 In the space of three hours, $ 2 billion entered the market, inflating the overall market valuation to about $ 30 billion. If you are still trying to identify the reason (s) for this huge race, let me relieve you with a game.

Do you remember "do you prefer"?

Imagine that you are a billionaire, a millionaire, manager of a huge investment bank, a pool or a fund. A big whale with lots of fresh money to put in cryptocurrency.

The harsh cold truth is that most of us are sheep, silently waiting in the slaughterhouse. How can one avoid being destroyed by smart money, then?

Look at the future, but learn from the past

The market capitalization of last year increased by 276% between mid-July 2017 and the 1st of September 2017. The previous year, the rise occurred. is produced in June 2016 but has only increased by 36% before crashing. ]

The overall picture tells us that the market continues to grow and that we could see large volumes of USD entering cryptocurrency, as the summer season approaches. 39, northern hemisphere.

My advice is to prepare yourself by ignoring most of the news, checking out a weekly TA scan of hacked and, most importantly, looking at google trends.

Nobody can predict how the prices will behave, Remember the last time that there was a massive influx of money and prices remained stalled.

When smart money comes on the market, 2 things usually happen:

If you do not believe me, remember what happened after all the hot summer days.