For years, one of the most important symbols of web design has been trying to automate the design of the front panel into a clean back-end code. Early attempts included tools such as Dreamweaver and FrontPage. Pagedraw, a member of the Y Combinator Winter 2018 class, has developed a tool to realize this vision in a modern context.

Typically, a web design team sits and creates a mock-up of the user interface, and then turns that into a design in a tool like Sketch. Until now, developers have taken this design and translated it into back-end code, says Jared Pochtar, co-founder and CEO of Pagedraw. His company wants to automate this part of the process without breaking away from the design or coding side of the equation.

"Pagedraw is a UI generator that automatically transforms mockups into code. One of our flagship features is the import from Sketch, so designers can work in their own. favorite tool and that programmers do not need to recode their work, "he said.The company's tools target software development teams who work on web applications using the React javascript framework, but the longer-term goal is to include the design of mobile applications. 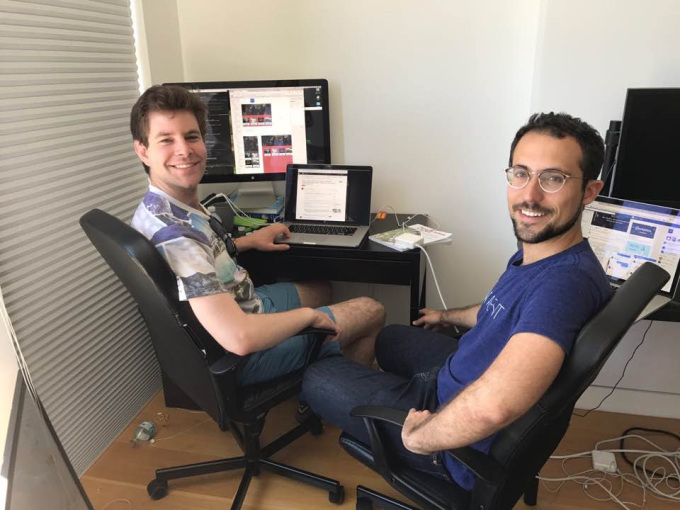 Pochtar says the previous approaches to solving this problem have suffered because they've tried to combine two very different ways of thinking – the design of the user interface and the coding. By building a full-fledged design editor and a back-end code interface, they believe they have created a tool that meets the requirements of both.

Potchar and his co-founder and COO, Gabriel Guimaraes, understand first hand what's going on in this process after working as full-stack developers for several years. They say the least favorite part of their job is when the design is done and they have to translate it into code. They decided to build a tool to solve this problem.

The founders met in the summer before their first year at Harvard and immediately found common ground in their mutual love for computer science. Both actually started the business while they were still undergraduates. Despite the fact that they raised $ 1.3 million in start-up money while they were still in school, they graduated while working on the product.

Despite their youth, their experience includes internships at a who's who companies from Google's Silicon Valley to Palantir via Dropbox. As young founders, they immerse themselves in the YC experience and learn from the knowledge of the team and the community.

The company is still young with five customers using the full-time product, but the product is free for students and people working on open source products to use. The plan is to charge a subscription to the users of the company.