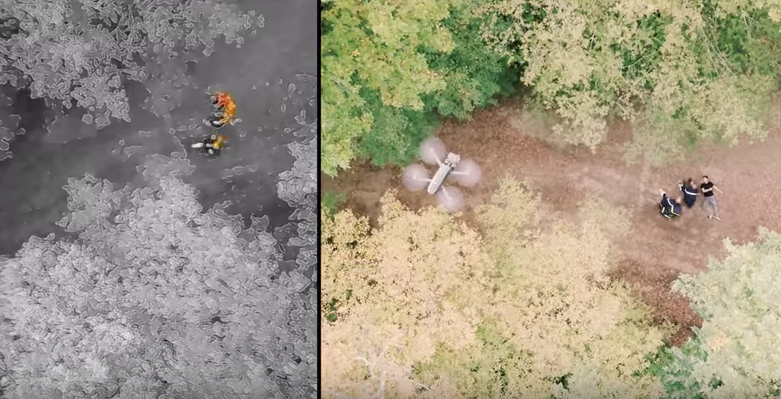 Parrot continues its push into the space of commercial drones with two new drones. The Bebop-Pro Thermo and Bluegrass are aimed at specific targets namely firefighters and farmers. They both join the Parrot & # 39; s Professional UAV range which includes Disco-Pro AG and Bebop-Pro 3D Modeling. At this point, if there is an industry that could use a drone, Parrot seems to build one for it.

The Bebop-Pro Thermo is based on an updated version of the Bebop drone. With a 14 megapixel camera, the drone is equipped with a Flir One Pro thermal camera that, according to Parrot, can be used in construction and rescue services. The drone can fly for 25 minutes and the retail package includes 3 batteries, a Skycontroller 2 controller and a backpack for $ 1400. This drone will be available in November.

The Parrot Bluegrass is a brand new Parrot UAV design and can cover 30 acres at 70m / 230ft flight altitude per battery. The Bluegrass is equipped with an HD camera and a special sensor developed by Parrot that can provide an overview and detect problem areas in all types of crop fields. Called the Sequoia Parrot, it is a multispectral sensor specially developed for crops and can record images of cultures in four distinct spectral bands.

The Bluegrass comes with the necessary software to define an autonomous flight path on a parcel of land. Parrot says that the user sets the boundaries of the fields and selects crop types and that the drone and the software do the rest – although it can also be manually driven.

When the Bluegrass enters store in November, the drone will be available for $ 5,000, which includes one-year access to the aforementioned software.

Parrot clearly tries to match his drones for use other than occasional aerial photography. And that could be the beginning of something big. Drones have innumerable use cases, but many who could benefit from a flying robot do not know that they need such a device. Parrot has played a big role in the development of the consumer drone market with the Parrot AR Drone and the company could be well positioned to do the same in the commercial space.