RoboBee learns to jump out of the water 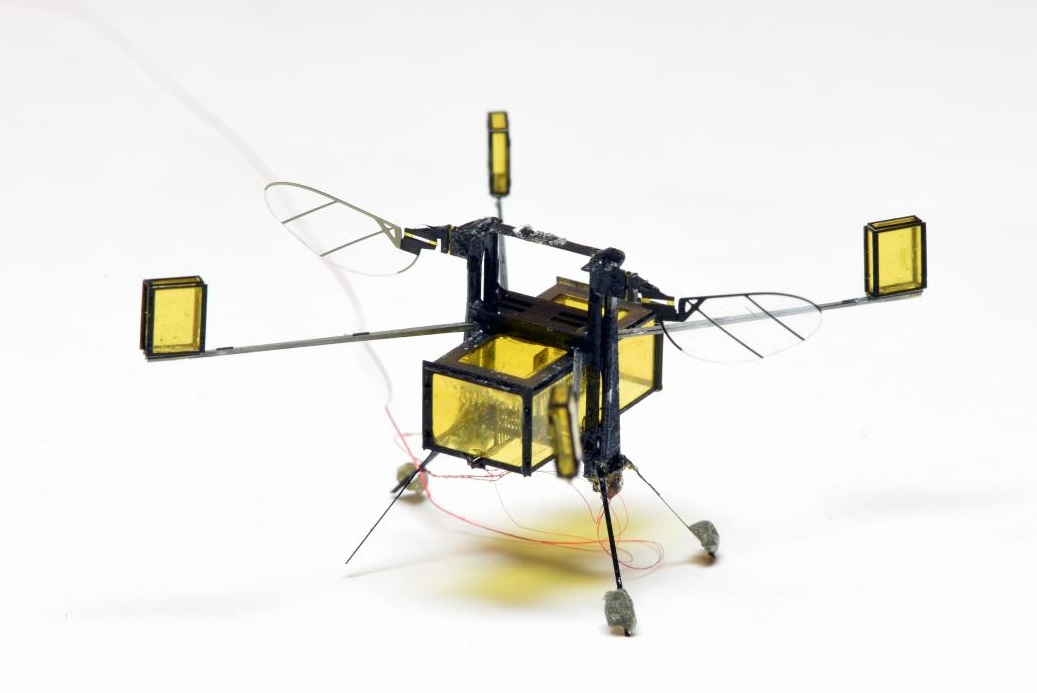 The RoboBee, a one-millimeter flying robot platform of the Harvard Wyss Institute, has seen improvements over the years. The last trick of this little creature-robot is to dive into the water, then emerge and propel yourself upwards using a strange and clever mechanism for a safe landing nearby.

The problem was that while a robot can fly through the air and swim in water (as the RoboBee can), the transition between the two is the most delicate part. At this size, the resistance of the water on its lower parts is considerable and can hinder the takeoff (the robot must already be careful not to beat too quickly under the water because the wings could come off).

First of all, for the robot to exceed the surface tension of the water, another physical barrier that we generally do not have to worry about our size, the team tied four small "floating stabilizers" – floats. These help bring it to the surface. 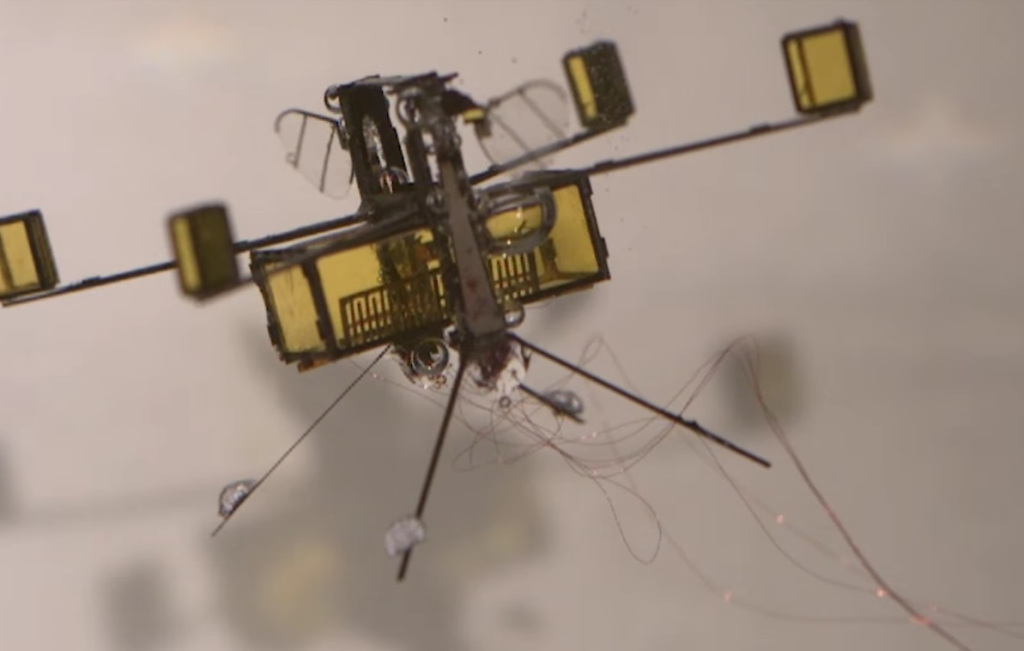 But there, with only so much power coming from its small wings, the RoboBee can very easily get stuck. How could they create a powerful upward momentum that makes her free and clear, where she can resume her effective beat?

The solution came to the graduate student Elizabeth Farrell Helbling, Yufeng Chen, and the rest of the team had to use gas. Of course, a robot that can fit in a die can not carry much. So why not do it on the fly, so to speak?

In addition to its small water wings, the RoboBee has a small electrolysis plate that separates the water into hydrogen and oxygen, then mixes them for an easily combustible mixture. Once there is enough, a tiny candle goes out and the gas ignites, bursting the robot into the air!

Freed from the water, his wings can take over, and he can make a safe and controlled landing near the cup of tea or anything in which he has been imprisoned.

The set, meanwhile, weighs a total of 175 milligrams – almost twice as heavy as previous models (the floaties and so on add a bit of mass), but still incredibly small. The reworking adds to the potential payload of the platform, so the mass used by these specific water elements could also be used to deploy sensors or even a battery that would release it from its cable d & # 39; tie.

"We hope that our research on tradeoffs such as weight and surface tension can inspire future multifunctional microbots – those that can move on complex terrain and perform various tasks," said Chen in a statement. press.