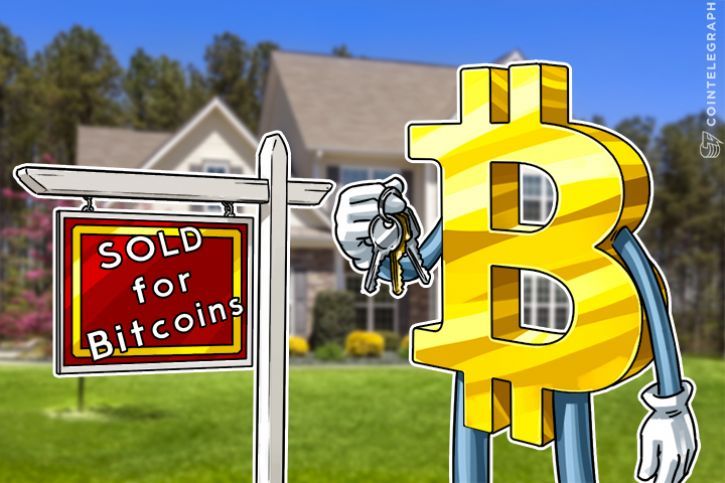 When a Texas real estate brokerage company sold a property using only Bitcoin, the transaction facility has become topical.

"In the space of 10 minutes," says Sheryl Lowe, the agent who represented the buyer in the sale, "the Bitcoin was changed to US Dollars and the case has been concluded! "

The same factor plays again. The managers of the sale of a historic palace in the Spanish seaside resort of Ibiza are banking on the Bitcoin facility to put the property on the market.

El Palacio Badarji is on sale for 1 850 Bitcoin. No cash equivalent indicated. The location that was declared a World Heritage Site by UNESCO in 1999 is an 18th century palace built in 1740.

It has been renovated in recent years. Yet its four en-suite bedrooms, a master suite with private sitting room and a sitting room with reception area as well as other parts are intact.

Ease of use is a major factor that would continue to push leading real estate brokerage to look in the direction of digital currency. This is considering the hassle that always goes with real estate property sales especially across borders.

Just last month, a mansion in London was put on the market for £ 17 mln. His notice of sale indicated that the potential buyer was to pay Bitcoin – about 5050 BTC at the time.

Lev Loginov, who put the property up for sale, talked about transactions in Bitcoin being "… done faster"

British entrepreneurs, Michelle Mone and Doug Barrowman, also Launched a Bitcoin real estate project in Dubai.Mone sees a time when early adopters will give way to a more widespread application of cryptocurrencies.Therefore, "… it is a logical extension of taking land and buildings and actually offer people the ability to pay in cryptocurrency or bitcoin rather than currency fiat. "

See also  It is very imprecise to describe Bitcoin as a bubble, here is why

A few other projects supported by Blockchain in the real estate market include Propy, Atlant and Brickblock. Propy's decentralized securities registry has recently been used for the sale of an apartment in Ukraine, while Brickblock plans to offer the world's first real estate project – an i Apartment building in Berlin for sale in December.