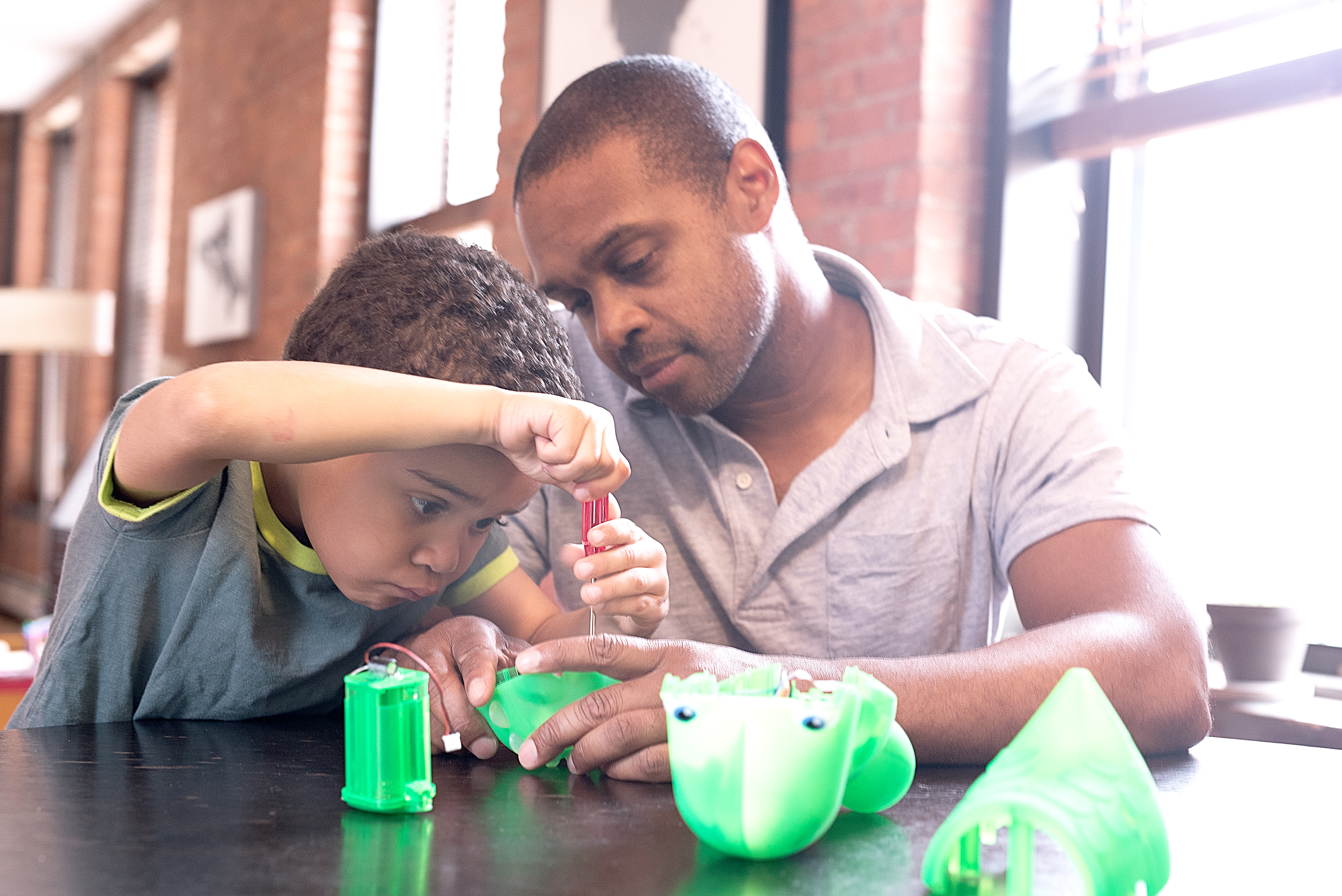 Elemental Path has come a long way since it launched its first Cognitoy to Disrupt in 2016. The smart toy maker debuted on Kickstarter with an IBM powered Watson dinosaur toy whose children could talk.

He is now launching a brand new Dino robot, the STEMosaur. The new dino looks like the original Elemental toy, but it is now translucent green and allows kids to put it together and program it too.

Why the switch? "Watson is designed for businesses and pharmaceutical companies, not for kids," said founder Donald Coolidge at TechCrunch. "Watson has helped us reach the market as quickly as possible, but we have now collected this data and we want to use it to build something focused on the interaction of children."

The STEMosaur is currently pre-ordering on Indiegogo, but Coolidge assures us that this is not one of those campaigns where the product will never be delivered or that you will have to wait three years after the purchase . In fact, he says that STEMosaur is already in production and that it will be ready to leave this Christmas.

Coolidge's previous dino was also a great success, far surpassing his original Kickstarter campaign and five times his funding. He developed several partnerships to sell the toy, of which ToysR & # 39; Us. and Amazon.

He hopes to repeat this success with STEMosaur and intends that the Indiegogo campaign helps build the fan base.

Looks like he's already getting what he wanted from the platform. There are still 15 days left in the campaign and it has already exceeded its initial target of $ 25,000 by 200%.

Those who are interested in getting this little dino bot for their child should keep in mind that it is most appropriate for seven years old and older. You can get the basic unit in time for Christmas for $ 119 for the next days on Indiegogo or wait to buy it in the stores for $ 139