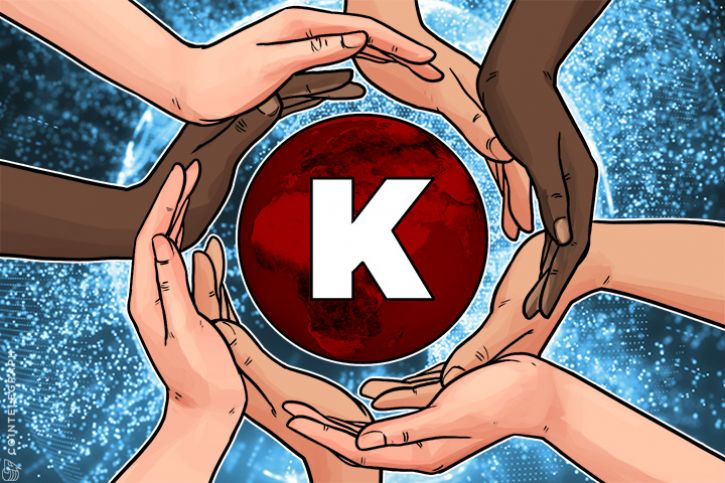 Karma means your deeds. What you do to create value for yourself in this life and beyond. The real economy is made up of the acts of the people who make it up. Somewhere along the line, we forgot what is the economy. We are lost in a labyrinth of big banks, lawyers, accountants and government regulations

What we need today is a disruption that would allow all participants in the economic system to get their fair share. According to the International Labor Organization (ILO), global youth unemployment is expected to reach 13.1% in 2017; it has already increased by 12.9 per cent in 2015. Many of these young people are in developing countries.

Challenges Worldwide quoted the World Bank as saying that there are between 25 and 30 million SMEs in emerging economies, which account for 45% of total employment and 33% of GDP . They believe that if each SME gave the opportunity to two young people, we could eradicate youth unemployment.

The problem is who will finance these SMEs in the developing world? The current system is bogged down with problems of our own making. Senior management salaries are outrageously high. Lucas Chancel, a renowned economist, recently highlighted the case of India, where the richest 1% earn up to 22% of total income. According to the Hindu, income inequality in the second most populous country in the world is now at its highest level since 1922.

Then there is the question of which banks are supposed to lending to grow the economy are burdened by huge operational costs, excessive manpower and dominant corporate structures. Banks have been slow to meet the challenges of the 21st century and are exhorbitantly expensive for ordinary people to use. Much of the world's wealth is also locked up in richer countries with extremely low interest rates or even negative interest rates, while developing countries need capital with low interest rates. Interest as high as 20-30%

It's time to unlock the credit and potential

Karma plans to use the power of peer2peer (p2p They want to create a "trust economy" and offer people in developing countries the opportunity to access credit any by releasing capital in developed countries Low interest rate: In a way, Karma is about creating a ystem economic ecosystem, in which everyone can work with each other and develop diverse relationships and focus on mutually beneficial interactions.

Karma will be based on Blockchain and its alpha version will be ready for testing by November 2017 The roles that will exist in the Karma ecosystem are those of investors, lenders, guarantors, scoring, analysts, sellers, collectors and insurers. Participants can be both individuals and legal persons. The participants will be given notes, which will be useful to ensure the transparency and efficiency of the system

What is interesting in the Karma ecosystem, is that unlike lenders traditional, they decide which loan products they will create or support. in Karma, this power belongs to the community of participants. These participants can support investments under any conditions – even apply for loans under any conditions. It will be the market that will ultimately decide which loan products are the most successful.

See also  The Bitcoin Lightning Network has a problem: people are already using it
-- Advertisements --

Tokens for sale are called Karma tokens. If the remaining chips of this sale, they would be available for an open sale on November 29, 2017. The crowdsale is legal in all jurisdictions, including the United States and China. It should be noted, however, that only qualified US investors can participate. The basic symbolic price is $ 0.01 and discounts are available to early investors. A 50% discount will be offered up to $ 1 million is collected, 30 percent up to $ 3 million and 15 percent up to $ 8 million. A hard cap of $ 10 million is placed on the ICO. Up to 59% of the chips are intended for investors who participate in the sale of pre-sales and tokens.

Karma Tokens Will Feed The Ecosystem

Karma tokens are essential to the created ecosystem. These tokens will be used to pay all commissions for tasks such as scoring, transaction processing, insurance, collections, and so on. To carry out transactions, participants will purchase Karma tokens on the stock exchange after registration. the tokens will remain fixed and as the demand for chips increases, market dynamics are expected to push the price of the chip higher. There are other benefits surrounding tokens, such as priority access to new investor and borrower requests for holders of more than 100,000 tokens, and up to $ 200,000. 50% discount on transactions made on the platform. and center

It is difficult for people to translate their dreams into reality without the means to do so. If Karma succeeds in creating an ecosystem where people can access credit according to the parameters they find comfortable, they will have revitalized and revolutionized the functioning of the global financial system.

See also  Bitcoin vs. Bitcoin Cash, why not both: Ronnie Moas

The opportunities for all stakeholders are: huge, that it's about individuals, companies like pawnshops, non-bank financial companies, lawyers, financial experts or insurers. Karma can release the flow of credit that is stuck like sludge in global pipelines.

However, what Karma will do, if he succeeds, will be to build a network of trusted relationships around the world, all fueled by Blockchain technology. One thing is certain, getting credit should not depend on your fate, but on your actions and your karma.

The media continue to drop Bitcoin as the CME futures market opens, price declines 4%
Harvard professors predict the collapse of Bitcoin due to government regulation
DApps to offer the power of applications but fight against centralization
Advertisements