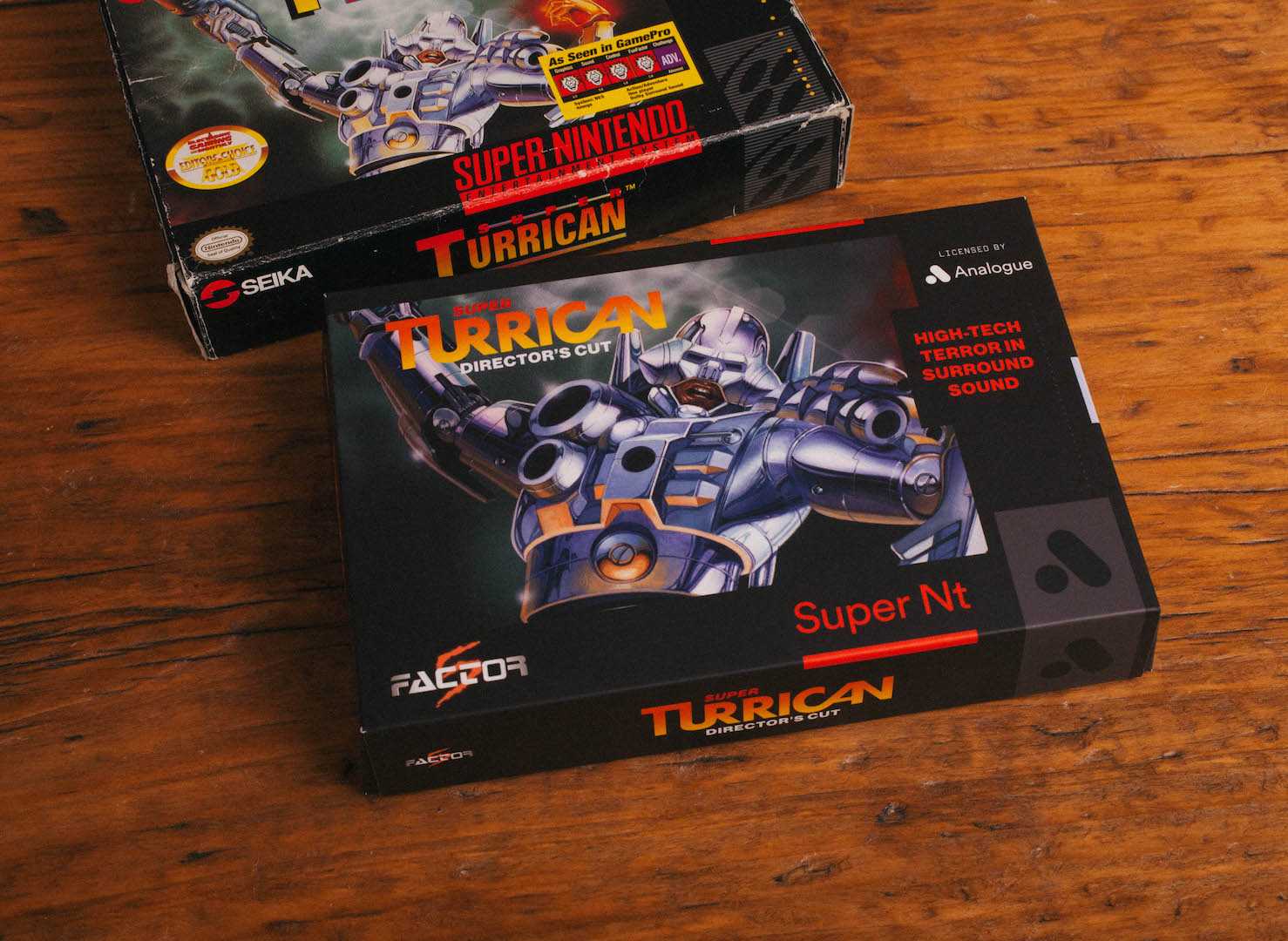 The Nintendo SNES Classic is pretty cool, and it comes with the original Star Fox 2 in the box. But the incredible Super Nt of Analogue – a Super Nintendo console of reference quality designed with precision and able to read the original cartridges – could do better.

For its release, the creators also incorporate a new version of a game, unpublished, but this one is a 'Director's Cut'. of a game that is already out once, but not in the same way as its creators originally planned.

The game is Super Turrican, and Analogue does not include one, but two copies of the game in the box with pre-orders for the new Super Nt, which sells for $ 189. One is the commercial version of the game that was released in 1993, which has been hailed by critics as a success.

The other is Super Turrican: Director's Cut – closer to the original, which had to be reduced by 33% to 4Mbits even though the SNES could technically handle 6Mbit titles because publisher requirements. The Director's Cut includes a whole new level, new music, new enemies, enhanced sound effects and graphics, as well as a new game mechanic for one of the weapons that your hero can use.

Super Nt is available for pre-order now. The console features an FPGA created specifically to allow it to run original SNES games, played through original cartridges, in HD resolution on modern televisions without offset.

The week of the sack arrives and we need your recommendations
The Samsung Galaxy S9 + camera hits the Pixel 2 for the first place of DxOMark
The Apple Watch can detect diabetes with an accuracy of 85%, according to a study of the cardiogram
Advertisements