The Future of Digital Currency May Not Involve Blockchains 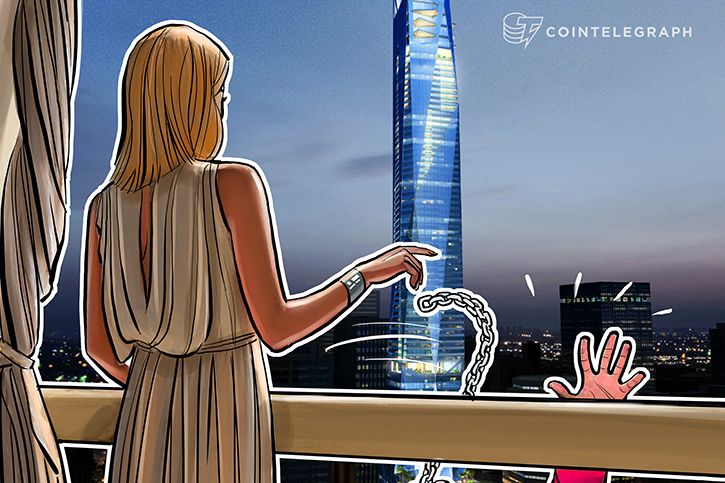 Although this may be hard to imagine, cryptocurrencies are much older than Blockchain technology. Most of us consider Bitcoin as the first encryption currency, although this is only the first Blockchain-based currency. Cryptocurrencies like B-Money and BitGold existed before Bitcoin, however, these do not really go far, especially when they are judged against Bitcoin.

The problem of cryptocurrencies designed before Bitcoin was their centralized structure. Without Blockchain technology, there was no "decentralized, immutable, transparent" registry in which transactions could be recorded, leading to centralization. Still, it looks like Blockchain may not be the alpha and omega of digital currency technologies.

Recently, a new form of crypto has emerged that takes advantage of the Directed Acyclic Graph (DAG) organizational model for the structure of its decentralized registry, solving old problems and adding new ones. features.

Today, we will examine technology that can potentially replace the Blockchain itself and some of its current implementations.

Although the implementations that we are going to talk about today are new, the concept is not there. In a 2013 document called "Accelerating Bitcoin Transaction Processing". Authors Yonatan Sompolinsky and Aviv Zohar introduce the GHOST protocol that proposes to modify the Bitcoin structure of a tree blockchain, thus reducing confirmation times and improving security. Although this change has not been implemented in Bitcoin, other cryptocurrencies use the DAG system successfully.

Byteball is a cryptocurrency based on DAG. The first of its kind, Byteball is distributed through a dropping process in which GBYTE, the native currency in the network, is distributed according to the Bitcoin funds of the user. Recently, the distribution of GBYTE began to be made through cashback partnerships with participating merchants. Although it's refreshing to see a cryptocurrency without ICO, its method of distribution is one of the least interesting aspects of Byteball.

In Byteball, there are no blocks. Instead, the transactions are directly related to each other and each transaction contains one or more hashes of previous transactions. The set of links between transactions forms what is called the DAG, as opposed to the "Blockchain" system used in Bitcoin and other crypto-currencies.

There is no Proof of Work or Proof of Participation in Byteball. Instead of confirming the previous blocks, the transactions are confirmed by the new transactions that follow them. But this kind of "confirmation" is only a confirmation that the transaction exists, not that it is not a double expense.

So, how are the double expenses resolved? In PoW currencies, conflicts caused by double expenses are resolved by selecting the version of the history of the blocks that has the most work committed. In Byteball, since it is based on DAG, there is already a partial order among the transactions. This allows most of the double expenses to be caught and rejected immediately.

What happens if the double expenses are on parallel branches of the DAG and their order is not obvious? Then, Byteball uses "Main Chain" – a string on the DAG that goes through transactions posted by known trusted users called cookies. Of the two conflicting transactions, the one that appears earlier on the main chain is considered valid. Cookies are selected by the users themselves, who list their favorite cookies with each transaction they post.

Although there is still much to explain regarding Byteball and its DAG-based system, one thing becomes clear: viable alternative to Blockchain technology and can even solve some of the most important problems of the technology, such as speed, durability, scalability, security, privacy and legal compliance.

If the system becomes widely used, transactions become frequent, ensuring that they can be confirmed in seconds, as opposed to waiting 10 minutes to Bitcoin. In terms of durability, the witness system used by Byteball offers a security model in which no proof of work miners is required, which means that electricity is not wasted blindly to secure it. Since Byteball does not have blocks, there is no block size problem.

Compared to Ethereum, the Byteball Smart Contracts are not as powerful and not complete, but they are simple, which allows them to be displayed readable form. This means that regular users can see what will actually happen to their money for themselves. The prediction markets are already operating on the basis of these contracts, and a recently introduced manual oracle functionality allows anyone without technical knowledge to operate a prediction market.

As for privacy, other altcoins ways to protect the privacy of the user. Nevertheless, it is good to know that you can keep this confidentiality in a network that does not require long periods of confirmation or mining Proof of Work. Byteball allows the value to be transferred privately through an asset called "blackbytes".

Finally, legal compliance is addressed by Byteball through its asset issue system. The white paper reads:

"Users may issue new assets and define rules that govern their transferability.The rules may include spending restrictions such as the requirement that each transfer is co-signed by the issuer of the assets, which is a way for financial institutions to comply with existing regulations. "

IOTA is a unique cryptocurrency. Although it also uses the Directed Acyclic Graph (DAG) organizational model under the name "Tangle", its implementation and applications differ enormously from those of Byteball. Designed specifically for the Internet of Things (IoT) industry, IOTA hosted a successful ICO in 2015, gathering 1,337 BTC and launched on Bitfinex earlier this year.

In addition to its distribution method, IOTA has several Byteball differences. For example, in IOTA, all created transactions must validate at least two previous transactions. To do this, users (who create and validate transactions) must solve a cryptographic puzzle similar to those found in Proof of Work cryptocurrencies.

In addition, IOTA has no fees. Unlike Byteball, where GBYTE transaction fees are the same as GB size of a transaction, IOTA does not charge any fees, regardless of the size or amount of the transaction. Instead, nodes are encouraged to participate in the creation and confirmation of transactions by other nodes that will drop nodes if they do not make transactions regularly.

The absence of fees solves two critical issues in the eyes of IOTA developers. The white paper reads:

"The importance of micropayments will increase in the Internet industry of rapidly developing objects, and pay a higher fee that the transferred value is not logical.In addition, it is not easy to get rid of fees in blockchain infrastructure since they serve as incentive for the creators of This leads to another problem with the existing cryptocurrency technology, which is the heterogeneous nature of the system.There are two distinct types of participants in the system, those who issue transactions and those who approve transactions. The design of this system creates the inevitable discrimination of some participants, which in turn creates conflicts that cause all elements to spend resources for conflict resolution. Essentially different solutions from Blockchain technology, the Bitcoin database and many other cryptocurrencies. "

The absence of charges would normally create vectors of spam attacks on the network." In order to avoid this problem, IOTA uses a mechanism of "weight" in which transactions are confirmed based on their weight.This weight is proportional to the amount of work that the sender node has invested in it.The weighting system of IOTA ensures that the spam is n & rsquo; Is not feasible because no entity can generate an abundance of transactions with "acceptable" weights over a short period.

Despite the differences between these two implementations of DAG cryptos, the IOTA stands distinguished by its unique purpose, the industry of the Internet of Things (IoT) .If you are not familiar with the IoT, the concept involves a global network where devices such as household appliances, cars, etc. can communicate and exchange data, this It allows them to be monitored remotely and even controlled.

The purpose of IOTA is to allow the exchange and transfer of value and data between these elements, allowing any device, device or vehicle compatible with the IOTA to be used. Internet of Things to be used or rented efficiently and flawlessly. The data provided by the devices can also be purchased and sold via the IOTA network.

This concept allows the movement of the distributed economy to evolve so that everyone can make the most of their goods. In short, IOTA acts as a backbone for the exchange of value on the IoT paradigm in which devices produce value for their owner and not the reverse.

Cryptocurrencies based on the DAG replace Blockchain? It's hard to say. While there are obvious advantages with regard to these DAG systems, these are still far from being a popular alternative, and very few projects are working on it. Nevertheless, projects that seem to have gained their place in the cryptosphere, especially IOTA, a cryptocurrency of the top 15 according to market capitalization.