The lime scooters are alive in Paris 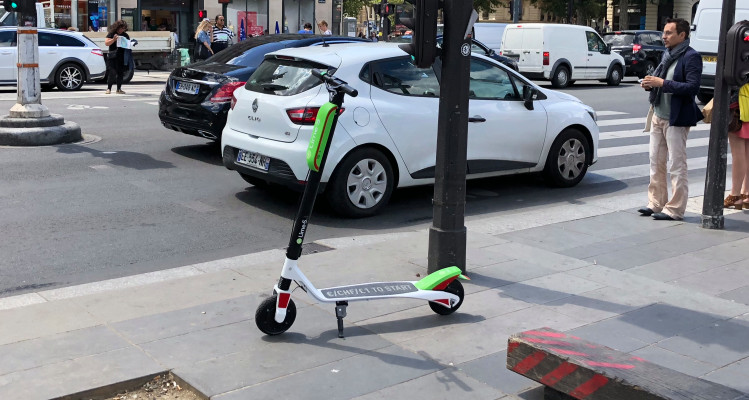 Lime is the novelty of San Francisco, but will it work in other countries? The company has just launched its electric scooter service in Paris.

This is not the first European city because Lime also operates in Berlin, Bremen, Frankfurt and Zurich. But this is an important launch because alternative mobility solutions are all trying to conquer market shares in Paris.

Yesterday, you could see 200 scooters in the south-east of Paris ready to be deployed. Lime plans to expand its fleet over time. Every day, the company will pick up all the scooters at 9pm to reload them and put them back on the streets at 5am.

Between October and January, four bike sharing services were launched in Paris: GoBee Bike, Obike, Ofo and Mobike. GoBee Bike has left the market since then because it was underfunded and suffered from too much competition.

But Mobike and Ofo seem to be doing very well, especially when compared to anchored bikes – Vélib is more or less broken at the moment. Vélib began in 2007, years before cities like New York and London adopted a bike sharing system. This is why Parisians have had enough time to get acquainted with the idea of ​​sharing a bike with other members.

And then there is Cityscoot and Coup, two electric scooter services (motorcycles, no standing scooters). They are more expensive but quite popular, especially for long distances.

He leaves Lime in an uncomfortable position. I tried it a little earlier today and I was not convinced that it was the right solution for Paris. First, it's quite expensive. You pay € 1 to unlock and € 0.15 per minute. A trip of 20 minutes costs 4 € for example. It's more expensive than 20 minutes on a Cityscoot, and cheaper than 20 minutes with Coup.

But it's much more expensive than 20 minutes on an Ofo bike, which costs 0.50 €. I am not convinced that people are willing to pay eight times more for commuting. Public transportation options are also much more efficient in Paris than in San Francisco.

Paris is also much harder to sail on a Lime scooter than San Francisco. There are speed bumps made of cobblestones and narrow streets. On top of that, you can not brake suddenly because you're just standing on a scooter. I had to brake constantly to overcome these obstacles.

And yet, cities will need many different options to replace cars. There will not be only one thing. People will use a variety of transport methods, from bicycles to lime scooters to electric scooters. Let's see now if lime scooters will not end up in the Seine.

An Open Trading Network Uses Decentralized Exchange to Connect Different Block Chains
Bitcoin is a refuge from the collapse of the financial system: analyst
South Korea plans to announce a cryptocurrency tax plan by June 2018
Advertisements