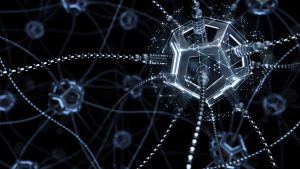 today formalizes its new flagship, the MX6, successor to the MX5 presented in 2015. A decidedly high-end smartphone, for the time being, destined for China

Meizu is a Chinese brand full of ambitions, and which multiplies the novelties, after the Pro 6 and M3 Note. It presents today its last standard-bearer that will succeed the MX5. The MX6 is now official and should be released in China from July 30th.

The 5.5-inch screen, with a resolution of 1920 x 1080 pixels, hides very robust entrails. The Mediate Helios X20 10-core processor is clocked at 2.3 GHz. It is backed by a Mali T-880 chip and 4 GB of RAM. On the storage side, the MX6 ships 32 GB expandable with a microSD. The 12-megapixel camera, a Sony IMX386 that Meizu price in Pakistan wants comparable to Samsung’s Galaxy S7 sensor, can record 4K and is paired with a dual-tone LED flash. At the front, there is a relatively standard 5 million pixel photosensor. A physical button also acts as a fingerprint sensor and a Type-C USB port is also included. Finally, the battery would have a capacity of 3060 mAh. Android Marshmallow powers everything with Flyme OS 5.5.

By moving the mobile to the 2016 standard, Meizu has also adopted for this MX6 a design similar to that of its Pro 6. Even metal back – now quite widespread on all ranges of the manufacturer – even design bands-antennas, same placement for the camera and the flash on the back, and even oval button housing a fingerprint reader on the face before. We are dealing with a mobile always very well finished, with rigid materials and pleasant handling. If the general design of the object is now not very original, the MX6 remains a beautiful object for its price.

Like its predecessor, the MX6 features a 5.5-inch display that requires the user to handle the beast with both hands most of the time. Fortunately, the screen occupancy rate is entirely correct (72.5% of the front) and the reasonably contained weight of the phone is also quite well distributed. The buttons on the right edge fall quite naturally under the fingers, but the fingerprint reader is sometimes a bit difficult to reach on a terminal of this size. Note that the latter is fast, but still suffers from occasional misfires, as on the Pro 6

Meizu remains on a display that is a safe value. Point 4K, WQHD or others for the MX6, the mobile is limited to a definition Full HD. While this may seem scrawny compared to some of the big names in the industry, this definition remains ample on a 5.5-inch screen for nine out of ten uses; the tenth is the VR. The 401 pixels per inch of resolution allows you to navigate the interface, the web, and apps with chiseled characters and an excellent density of information

If you put your screen aside, the MX6 does not suffer under any circumstances comparisons with high-end phones. Indeed, except the processor, the MX6 shares the components of most high-end terminals. But for a much lower price of 1999 yuan, about 270 euros excluding taxes and import fees.

The phone is exciting against its competitors, with a value for money exciting. It only remains to wait for it to be marketed in France and to know its price in euros. On the 4G side, do not dream of supporting the 800 MHz band, since Meizu confirmed to us in the spring that it will only be available from 2017.