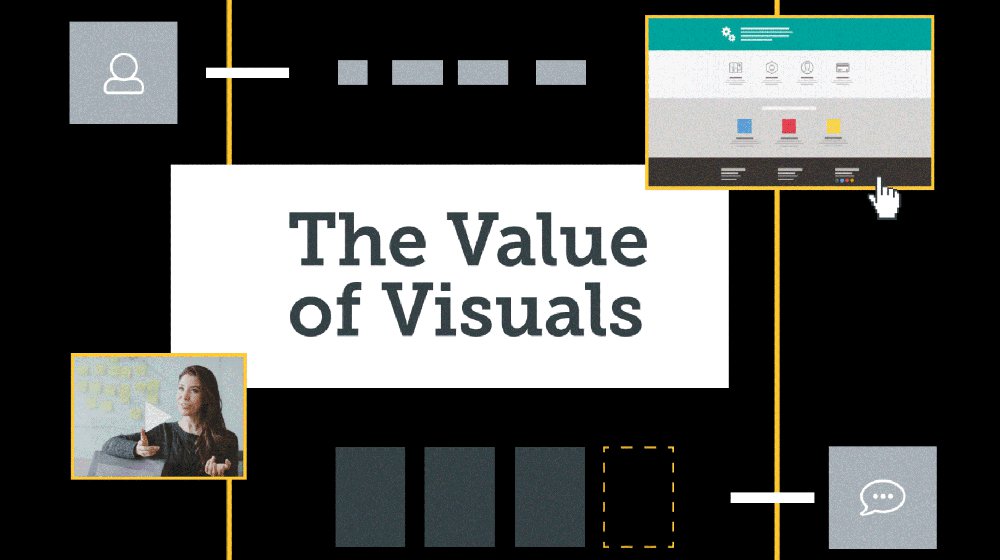 New research found that employees can save 33 minutes and 36 seconds over a 40-hour week by simply using visual communications.

The Study – The Value of Visuals: A Business Case for Visual Communications at Work (PDF) – TechSmith, a company specializing in video production tools for businesses, highlights the ability of businesses to communicate more visually.

According to the research, companies can potentially unlock more than $ 167 billion in productivity by using visual content in employee communications. This includes screenshots, screencasts, images, videos, and GIF files.

At an announcement on TechSmith's official website, CEO Wendy Hamilton explains, "We have always known that visuals are essential to effective communication and therefore essential for instructing and inspiring. The main conclusions of this study are, first, that visuals matter even more than most people assume. Second, there is an urgent need for leaders to adapt as employee demographics change. »

The research was conducted with the participation of 4,500 office workers in six regions of the world, including: Australia, Canada, Germany – Austria and Switzerland collectively referred to as DACH – the United Kingdom and the United States. The study attempted to measure how 125 office workers performed three daily tasks when they were communicated through visual and non-visual means. Tasks included uploading an article to a website, downloading new software, and completing an expense form.

The study indicated that France would see the second biggest leap in productivity generating $ 1456.44 in value added per employee. Finally, the study estimates that firms in DACH countries will see their productivity increase by $ 1399.30 per employee, Australian firms by $ 1384.70, Canadian firms by $ 1258.58 and British companies by 1258, $ 56.

In addition to the financial benefits, the report shows that 67% of employees do better with visual communication than text alone. The speed at which they absorb visual information is also 7% faster than with the text.

The results led the researchers to conclude that when visual communication is used at the right time and in the right context, it can potentially unlock 6 minutes and 43 seconds per day for each employee. This translates to 33 minutes and 36 seconds in a 40-hour work week and the equivalent of 25 days of added productivity each year.

Small businesses now have access to more communication tools than ever before, but choosing the right hardware, software and system can be a challenge. And effective communication between employees, customers, partners and other parties is even more important in an ever connected world.

What the TechSmith research highlights is the need to simplify business communication to make it more efficient. And adding visuals might be the way to do it.

Are Google's bad rankings hurting your business? Here's what you can do about it
Assessing the pros and cons of being a contractor against an employee
Amazon Adds a New Level Essentials to the Business Prime Shipping Service
Advertisements